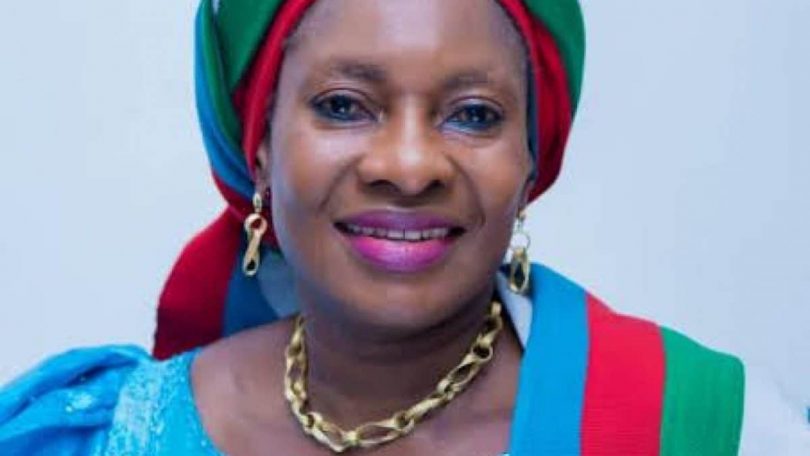 The Minister of Women Affairs, Mrs Pauline Tallen, on Tuesday, said that out of the 36 states in the country, 11 states had yet to domesticate the Child Rights Act which was passed into law in 2003.

She made this known during a public hearing in Abuja organised by the Senate Committee on Women Affairs on two bills: “Older Persons’ Rights and Privileges Bill 2020 and The Child Rights Act, 2003 Amendment Bill 2020”.

According to Tallen, since her assumption into office, she has been working round the clock, reaching out to governors and members of the Houses of Assembly in the various states to ensure that the Act is domesticated in the states.

“But the good news is that we are making some progress. Out of the 36 states we now have 25 states that have domesticated the Act.

“I’m still not too happy that we still have 11 states that are yet to domesticate the Act.

“However, I’m reaching out. I just returned from an advocacy tour of some of the states and I’m still moving on until I cover the 11 states.

“I have just returned from Adamawa, Bauchi and Gombe. The three States I have visited since after the COVID-19 and they have reassured me because I addressed the Houses of Assembly of the three states and had public hearing with stakeholders.”

The minister further assured that before the end of 2020, all states would have domesticated the Act.

She described the two bills as life-saving bills particularly the Child Rights Act bearing in mind the events that were unfolding in the country as a result of rape and gender-based violence particularly as it affected minors and innocent children who are vulnerable members of the society.

“The old persons are not left out of it and it is heartbreaking that this vulnerable class has been so badly abused by evil men in our society.”

“A former Senator representing Adamawa North Senatorial District called for the liberation of the child from all forms of abuse.

“COVID-19 has opened our eyes to a lot of things especially on the vulnerable children, the girl-children.

Also speaking, Sen. Eze Ajoku, President of Coalition of Societies for the Rights of Older Persons in Nigeria, said that it was the coming together of the coalition that gave birth to the bill.

He said that the bill was the first attempt to bring out Nigerian older persons in any form of bill that would determine their rights and privileges.

Amosun said that the bill when passed, would ensure that any person convicted of attempted rape should be unsuitable to work with children.

“Apart from the existing punitive measures in relation to sexual offences against children, the thrust of this Bill is preventive in nature, and it is in line with the time-tested wisdom that says “prevention is better than cure.”

“This bill further gives protection to the Nigerian child against sexual violence and abuse suffered in the hands of caregivers and others, whom for lack of appropriate legal restrictions, have found themselves in positions that give them undue advantage and access to the children.”