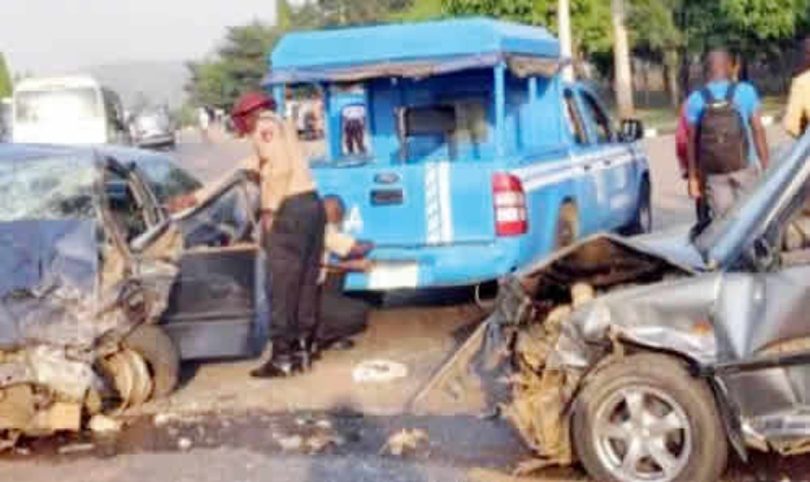 Two persons died, while one other sustained injuries in an accident involving two trucks at Ogere, on the Lagos-Ibadan expressway on Tuesday.

According to Akinbiyi, a tanker that was speeding rammed into a stationary DAF truck.

He explained that the driver of the truck was fixing one of its rear tyres when the accident happened.

He said, ”the tanker driver was either speeding or dosing while on the steering before he lost control and rammed into the DAF truck.”

The TRACE spokesperson explained that the incident occurred at about 8.00 a.m.

He added that the two deceased were in the tanker, while the tanker driver also sustained injuries.

Akinbiyi stated that the bodies of the deceased had been deposited at the FOS morgue, Ipara Remo, while the injured person was taken to Victory Hospital, Ogere.

In another development, the Nigerian Ports Authority (NPA) on Tuesday said that out of the 20 ships expected at Lagos ports, four were laden with frozen fish.

It noted that the ship was expected to arrive at the port between May 31 and June 14.

The NPA in its daily Shipping Position added that 21 other ships had arrived at the Lagos Port Complex and were discharging petrol and others.

The authority said that four other ships had arrived at the port waiting to berth with petrol and wheat bran.