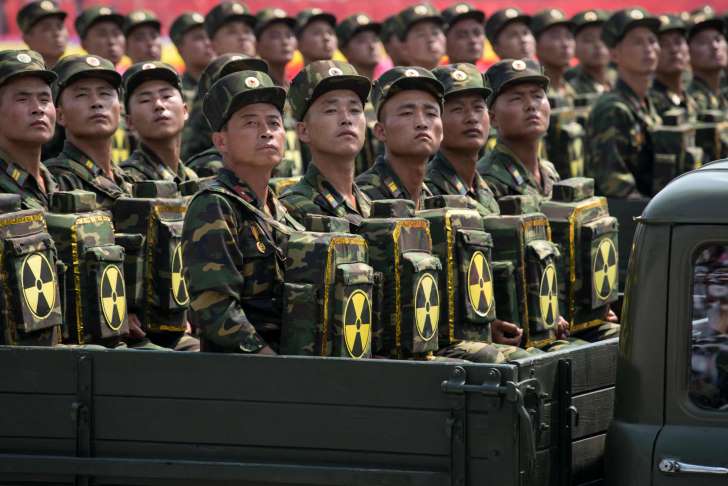 Last August, a secret message was passed from Washington to Cairo warning about a mysterious vessel steaming toward the Suez Canal. The bulk freighter named Jie Shun was flying Cambodian colors but had sailed from North Korea, the warning said, with a North Korean crew and an unknown cargo shrouded by heavy tarps.

Armed with this tip, customs agents were waiting when the ship entered Egyptian waters. They swarmed the vessel and discovered, concealed under bins of iron ore, a cache of more than 30,000 rocket-propelled grenades. It was, as a United Nations report later concluded, the “largest seizure of ammunition in the history of sanctions against the Democratic People’s Republic of Korea.”

In the meantime, at least twenty terrorists belonging to Pakistan and ISIS have been killed in a joint military operation conducted in eastern Nangarhar province of Afghanistan.

The terrorists were killed in Nazian and lalpur districts, the Tolo News quoted the provincial government media office as saying.

Two hideouts of the ISIS group were also destroyed in the airstrike.

However, no group has commented on the incident so far.

Earlier this week, at least five terrorists of ISIS group were killed in an airstrike carried out by the U.S. forces in the province.

The airstrike was carried out in the Haska Mina district.

The Afghan security forces had also arrested two ISIS terrorists during an operation in Chaparhar district.

Anti-ISIS as well as anti-Taliban operations are underway to eliminate the presence of terrorists in Nangarhar province and the U.S. forces are providing airstrikes support to the Afghan forces during the operations.

MSN with additional report from Zee