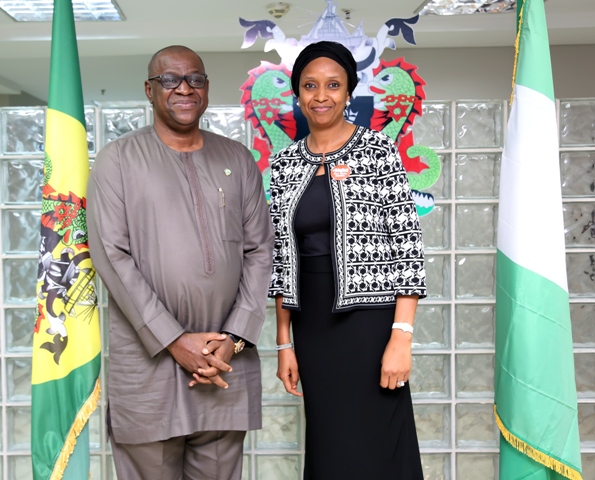 …As Spain saves 111 daring migrants from the Mediterranean***

Overwhelmed by the intimidating prospects of making a refund of N101 billion judgment debt, the Nigerian Maritime Administration and Safety Agency (NIMASA), has appealed the judgment of the Federal High Court Lagos, in the matter between Nigeria Liquefied Natural Gas (NLNG), Attorney General of the Federation, Global West Vessels Specialists Ltd and NIMASA.

“This proactive step of the Agency was taken to forestall any negative action”, indicated the NIMASA Director General, Dakuku Peterside, wondering why the NLNG ignored the court action and commenced a media trial.

In the grounds of Appeal by NIMASA’s legal team, the Agency complained that the learned trial Judge erred when in breach of NIMASA’s constitutional and fundamental right to fair hearing refused to consider and pronounce on its arguments, on the issues for determination and its counter claim filed in opposition to the amended originating summons.

The agency also complained  that the learned trial Judge erred in law by entertaining and granting the reliefs contained in NLNG’s amended originating summons wrongly used to commence the proceedings without converting it to a writ of summons, ordering pleadings and calling on the parties to lead oral evidence to prove their cases since their affidavits were irreconcilliably in conflict.

The Legal team remarked that the above grounds actually led to the error of the court which occasioned miscarriage of justice to NIMASA.

The NIMASA which maintained that the demand of 101 billion Naira from it as the judgment debt by the NLNG, after becoming aware of the Agency’s appeal is wrong and considered an affront to Nigeria’s judicial system, charging the NLNG to allow the law take its full course and stop the media trial of a dispute that is before the court.

“We feel there is an orchestrated publicity campaign to wrongly sway public opinion on the judgment. We therefore wish to reiterate that all levies and dues NIMASA collects are in line with the Act setting up the Agency which is later in time to the NLNG Act, which makes the payment of NIMASA’s statutory levies enforceable on all NLNG vessels”, Dr. Peterside posited further.

It would be recalled that the agency protested the judgement, highlighting that it was backing her dissatisfaction of the High Court Judgment with an unhidden intention to appeal the judgment.

In the meantime, the Spanish Maritime Rescue services has rescued 111 migrants from the jaws of death, in the last 24 hours, as they dared the Mediterranean Sea in dinghies, attempting to make the dangerous crossing from North Africa to Spain.

They said the first rescues were made 46 nautical miles off the south coast of the province of Granada.

A total of 64 migrants, including a woman who was in an “advanced state of pregnancy,” saved from two inflatable dinghies.

The migrants were taken to the port of Motril and the woman was taken to hospital as a precautionary measure.

A second rescue of a dinghy with 47 migrants aboard was confirmed mid-afternoon on Thursday.

This time the dinghy, which the maritime service had been looking for since Wednesday, was discovered 52 nautical miles south of Motril, on the south coast of Spain.

Thursday’s rescues took place after a further 98 migrants were rescued from three more dinghies on Wednesday as weather conditions worsened in the Mediterranean following a long spell of warm and calm weather.

Since Oct. 1, over 1,000 people have been rescued as they attempted to make the sea crossing.

Although with the arrival of higher winds and rougher waters, the number of people trying to cross from North Africa to Spain in the coming days is expected to fall drastically.