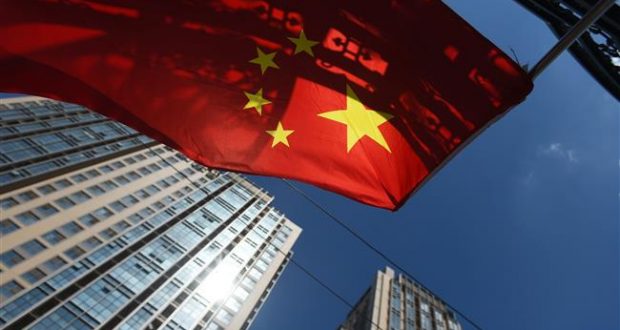 North Korea was barred in September by the United Nations Security Council from importing natural gas and had its crude oil imports capped in response to Kim Jong Un’s nuclear missile program.

The U.S. Treasury in November also sanctioned North Korea’s Maritime Administrationand its transport ministry, in addition to six North Korean shipping and trading companies and 20 of their vessels, in an effort to block the rogue regime’s transportation networks.

The satellite images appear to identify the ships. One of them — Rye Song Gang 1, seen “connected to a Chinese vessel” — was included in the Nov. 21 sanctions as a vessel of Korea Kumbyol Trading Company possibly transferring oil to evade sanctions.

While Russia exports some oil to North Korea, China is the main source of oil for the rogue nation, according to Reuters. However, the country exported no oil products to the North during the month of November. It was reportedly the second consecutive month China didn’t export diesel or gasoline to North Korea.

In the meantime, Russian deputy prime minister Dmitry Rogozin said on Wednesday the loss of a 2.6bn-rouble ($45m) satellite launched last month was due to an embarrassing programming error.

Russian space agency Roscosmos said last month it had lost contact with the newly launched weather satellite – the Meteor-M – after it blasted off from Russia’s new Vostochny cosmodrome in the country’s far east.

Speaking to Rossiya 24 state TV channel, Rogozin said the failure had been caused by human error. The rocket carrying the satellites had been programmed with the wrong coordinates, he said, saying it had been given bearings for take-off from a different cosmodrome – Baikonur – which Moscow leases from Kazakhstan.

“The rocket was really programmed as if it was taking off from Baikonur,” said Rogozin. “They didn’t get the coordinates right.”

The rocket was carrying 18 smaller satellites belonging to scientific, research and commercial companies from Russia, Norway, Sweden, the US, Japan, Canada and Germany.

The Vostochny spaceport, laid out in the thick taiga forest of the Amur region, is the first civilian rocket launch site in Russia.

In April last year, after delays and massive costs overruns, Russia launched its first rocket from Vostochny, a day after a technical glitch forced an embarrassing postponement of the event in the presence of the president, Vladimir Putin.