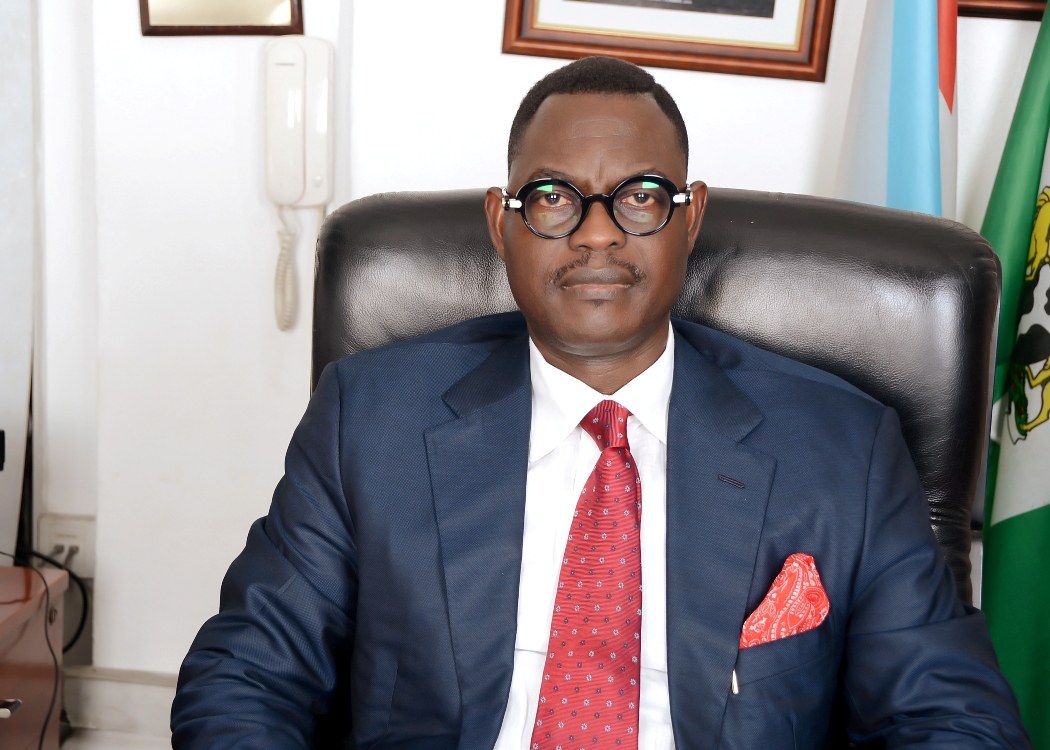 General Manager, SIFAX Shipping Company Limited, Henry Ajoh on Thursday urged the Federal Government to reconsider its position on the implementation of the cargo palletisation policy, noting that the government was yet to adequately engaged the different stakeholders in both the maritime and aviation industries before coming up with the policy.

Though the policy was an initiative of the Presidential committee on ease of doing business, and advanced as a part of the new import and export guidelines of the government, stipulating that all containerized cargoes coming into Nigeria must be palletized, it nonetheless met stiff opposition on arrival.

Broaching on the subject, the shipping guru posited that while it might appear as if the government could be solving the problem of cargo examination with this policy, the policy nonetheless will adversely affect the country’s economy, as the extra cost that the importers will be made to bear will ultimately be transferred to the consumers, who will be forced to pay more.

“It is designed to assist officers of the Nigerian Customs Service and other relevant government agencies in providing an easy and faster way to physically examine containers being brought into the country”, observed Ajoh, who also maintained that the very presence of stiff opposition that it has generated from Importers, agents and manufacturers, amongst others, demands that Government should reappraise it.

“The implementation of the cargo palletisation policy will lead to an increase in the cost of shipment and importation charges. These extra charges will be passed to the end users, who buy the imported goods.

“The manufacturers who also need to pay more for his imported raw materials as a result of the policy will also pass this to the consumers.

“Ultimately, this policy will lead to an increase in the prices of goods and you know the implication of this for an economy just exiting recession”

Ajoh further stated, stressing that the palletisation policy will not adequately addressed the challenge of faster cargo clearing as all imported cargoes, whether palleterised or  not, will still need to be physically examined by the Nigerian Customs Service officers.

“The only way out is to provide modern cargo scanners at the nation’s seaports.

“The issue of 100 per cent physical cargo examination is outdated and should be jettisoned by the government. We should take advantage of technology to drive the policy of ease of business in the maritime sector. Providing scanners is the right way to go and not compelling importers to palletise their goods.

“So, I am appealing to the Federal Government to reconsider their stance on the issue and also engage more with various stakeholders in order to find a compromise position”, he explained further.

It would be recalled that Dr. Taiwo Afolabi, Group Executive Vice Chairman, SIFAX Group has advocated the concession of scanning services at the ports to private investors.

The concession of the scanning services, according to him, will help improve the efficient service delivery of the Nigeria Customs Service, protect against the importation of arms and other contraband goods, generate more revenue for the government and keep the country safe.

Meanwhile, the Minister of Transportation, Rotimi Amaechi has empowered the Nigeria Railway Corporation (NRC) to commence the transportation of cargo from the Apapa Lagos port to an inland ‘dry port’ at Omi-Adio on the outskirts of Ibadan, in a determined bid to effectively de-congest the Apapa Port in Lagos.

The directive has unwittingly confirmed Ibadan as the first inland dry port to receive cargo from the Lagos port. The dry port is however, not the approved one at Erunmu, endorsed by the Nigerian Shippers Council.

The NRC District Manager (West), Mr Akinwale Akintola confirmed this as they cargo movement began on Thursday, stating that the railway option became the preferred solution, in view of Amaechi’s unwavering vision and commitment to decongest the port in Lagos.

“It is the mandate of the Minister of Transportation, Mr. Rotimi Amaechi that the railway should be part of the measures to solve the problem of congestion in Lagos State.

“Trailers can move from Ibadan to Katsina, Sokoto, Ilorin, Osogbo among others as it is a hub that benefits the Western and Northern states and not specifically Ibadan alone.

“Twenty trailers can move from here within 24 hours.

“This place being used for the inland dry port at Omi-Adio can take up to 45 containers at a time and we are also planning to expand as frequency increases.

“The train would be coming here at three days interval and our plan is to be taking 20 wagons,’’ Akintola said.

The district manager said that because of the huge challenge at the Apapa port axis, more inland dry ports would be created, adding that Ebutemeta in Lagos State and Ijoko in Ogun had commenced while Wasimi and Abeokuta were being considered.

Akintola also said that the NRC would continue to be part of the solution providers for the country, adding that the inland dry port was created in the interest of Nigerians.

The district Manager also said that the process was private-sector driven with the railway providing an enabling environment for the dry port.

The first sign of the success of the present initiative was that traffic observably lightened, particularly at Apapa, on Thursday.