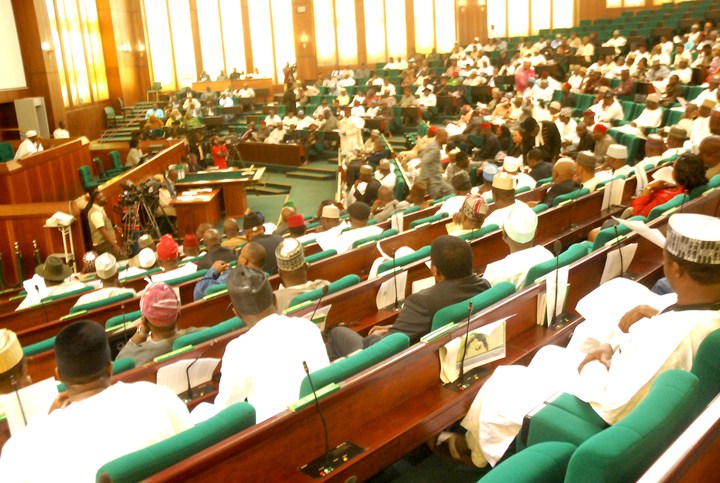 An ad hoc committee of the House of Representatives on Tuesday summoned the Governor of the Central Bank of Nigeria, Mr. Godwin Emefiele, over the N17bn non-performing loans recorded by the National Economic Reconstruction Fund.

The committee is investigating reports that NERFUND went under as a result of the loans, following which the Federal Government hurriedly merged it with the BoI.

Lawmakers are asking questions on why the loans are not recovered, in addition to investigating the beneficiaries.

Among the allegations were that “acolytes of the management” and some members of staff were among the beneficiaries.

The committee also has information that some members took a N500m facility with a repayment period of up to 20 years at only one per cent interest rate.

At Tuesday’s session, Oladimeji recalled that NERFUND was shut in disregard to a standing resolution of the House, which directed that further actions on the agency should be put on hold pending the outcome of the probe.

He added that Emefiele was summoned to tell Nigerians why the CBN failed to ensure that the loans were recovered.

He also stated that the committee was interested in knowing the legal basis for the merger with the BoI.

The committee observed that the members had yet to be convinced on how NERFUND, which had an initial capital of N300m, could go under, while some commercial banks were posting profits in billions of naira.

The committee cited the case of Zenith Bank Plc and several others that started business around 1989 just as NERFUND did.

Oladimeji added that if NERFUND could fall easily, there were no guarantees that the BoI, the newly-inaugurated Development Bank of Nigeria or the Bank of Agriculture would survive for long.

He stated, “With all the precautions taken by the NERFUND Act, NERFUND was not supposed to be distressed. What has the CBN done to recover the loans as prescribed by the Act?

However, the Ministry of Finance claimed that NERFUND was not merged with the BoI.

A representative of the ministry, Olubunmi Siyanbola, told the committee that a process to wound down the agency began in 2013 and was followed through.

She stated that the BoI’s role was merely to recover the non-performing loans after all the members of staff of NERFUND resigned.

She explained, “NERFUND had 82 workers, but the entire 33 senior management staff resigned in August 2016 on the verge of the presentation of the report of the presidential committee that investigated the Fund.

“Because the agency has no board, the Federal Government constituted an interim management committee to oversee its affairs and by October 2017, the entire 49 junior workers also resigned after which they pleaded that we assist in their absorption into other Federal Government agencies.”

Meanwhile, Vice President Yemi Osinbajo, on Tuesday, in Lokoja, the Kogi State capital, said the Federal Government has spent over  N1.19 trillion to support the 36 states of the federation pay workers salaries and finance other development projects.

Osinbajo made this disclosure at the  maiden Kogi State economy and investment summit, which attracted various dignitaries including the Ooni of Ife, Oba Adeyeye Ogunwusi.

According to him, the funds were made available through the Excess Crude Account (ECA), the Paris Club refund and loans to the states.

He explained that parts of the funds were the entitlements of the states that they legally had access to, while some of them were loans to be repaid in future.

The vice president noted that the present administration had the highest capital expenditure in two years, adding that these were evident in the ongoing rail line and road constructions as well as the hydro power projects.

Osinbajo said the summit came at the right time that the country was trying to reduce its dependence on oil and increase its non-oil income with the promotion of agriculture and the abundant solid mineral resources across the country.

He said Kogi State was strategically located with vast mineral resources that could make it a hub of commercial activities, adding that the summit was capable of reinvigorating and inspiring the people.

Speaking at the occasion, state Governor, Alhaji Yahaya Bello, who apologised for his recent comments against Catholic bishops, said the summit was packaged to change the identity of the 27 years old state from a civil service state to an industrialised one.

He said his administration had in the last two years prepared the ground for economic and industrial breakthroughs for the state by solving the problems that had been hindering economic growth in the state.

Bello said the state was now safe for investors and investments, adding that the problem of security had been tackled.

He said, “we are changing the toga of a civil service state to an economic and commercially viable one and we want investors to collaborate with us and contribute to the prosperity of the state.

“Kogi State is now open for business. We want to be signing MoUs; I invite the private sector to collaborate with us in our bid to develop the state. Kogi State is  for serious business.”

While buttressing Osinbajo’s claim that a 110 megawatts plant has been constructed for the final take off of the plant, he  said the best thing to do was to concession the plant to foreign investors for optimal performance.

Punch with additional report from Citizen