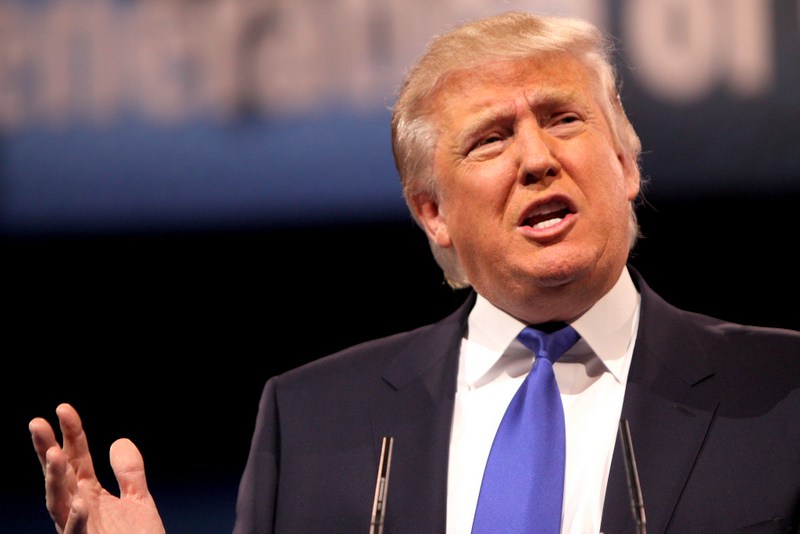 …As Beijing fires back at Trump, slaps retaliatory tariffs on U.S. imports***

US President Donald Trump has threatened to impose tariffs on an additional $200bn (£151bn) of Chinese goods in a growing trade row.

Mr Trump said the 10% tariffs would come into effect if China “refuses to change its practices”.

The move would be a major escalation of the dispute. World stock markets have suffered sharp falls as a result.

China responded by accusing the US of “blackmail”, raising fears of a full-blown trade war.

Mr Trump insists that China has been unfairly benefitting from a trade imbalance with the US for years.

During the 2016 election campaign, he promised to use tariffs to cut the US trade deficits.

But many economists have warned that tariffs are likely to make products more expensive for US consumers and hurt some of the businesses the administration is trying to protect, which depend on China for parts or assembly.

Asian markets sank on Tuesday in response to the latest news. Global shares had already fallen on Monday.

What is a trade war and why should I worry?

How did the latest spat unfold?

Last week, Mr Trump announced the US would impose 25% tariffs on $50bn worth of Chinese goods.

Beijing responded by saying it would hit 659 US products worth $50bn – including agricultural products, cars and marine products – with a similar tax.

Late on Monday, the US president condemned China’s “unfair practices related to the acquisition of American intellectual property and technology”.

He added: “Rather than altering those practices, it is now threatening United States companies, workers, and farmers who have done nothing wrong.”

Mr Trump added that new tariffs would “go into effect if China refuses to change its practices, and also if it insists on going forward with the new tariffs that it has recently announced”.

“If China increases its tariffs yet again, we will meet that action by pursuing additional tariffs on another $200 billion of goods.”

China’s commerce ministry reacted swiftly, saying: “If the US acts irrationally and issues a list, China will have no choice but to take comprehensive measures of a corresponding number and quality and take strong, powerful countermeasures.”

What products are affected?

The US tariffs previously announced affect more than 800 Chinese products worth $34bn in annual trade. They are due to come into effect on 6 July.

The product lines range from aircraft tyres to turbines and commercial dishwashers.

In his latest statement, Mr Trump said that he had asked his advisers to identify additional Chinese products on which to impose new tariffs.

In the meantime, trade tensions between Washington and Beijing appeared to boil over this weekend, with China slapping a 25 percent tariff on 545 American imports, including salmon, whiskey and orange juice. The tit-for-tat taxes are a direct response to the Trump administration making good on its threats to impose tariffs on $50 billion worth of Chinese imports, which was announced Friday.

“The Chinese side doesn’t want to fight a trade war, but facing the shortsightedness of the U.S. side, China has to fight back strongly,” the Ministry of Commerce said in a statement.

Even though most of the items on which the U.S. plans to levy tariffs are purchased by companies and not consumers, ordinary Americans could feel the pain of these tariffs, especially if this dispute spills over into other parts of the economy.

For the time being, optimism on Main Street remains high: The National Federation of Independent Business said its business optimism metric is at its second-highest point ever, and a higher-than-expected gain in retail sales for May indicates that confidence and the willingness to spend is high among consumers, as well.

National Retail Federation president and CEO Matthew Shay warned on Friday that tariffs could dump cold water on this momentum. “Tariffs are taxes on American consumers, plain and simple,” he said in a statement. “They will strain the budgets of working families by raising consumer prices.”

A study jointly commissioned by the National Retail Federation and Consumer Technology Association said that tariffs on $50 billion worth of Chinese imports plus in-kind retaliation would shrink GDP by $3 billion over the next one to two years and cost 134,000 jobs. “More than four jobs would be lost for every one gained, with the gains in metals and machinery coming at the expense of agriculture, transportation equipment and services,” the report predicted.

According to Robert S. Ross, a professor of political science at Boston College, “China has lots of leverage over the United States in a lot of different ways,” like a large domestic market that could mitigate a drop in demand from the U.S., and a state-run press that could vilify big American brands like Apple and Starbucks.

“There are ways that China can retaliate that don’t necessarily hurt the Chinese economy,” he said, contrasting the administration’s approach to China tariffs with the more aggressive stance Trump has taken with other trading partners. “It’s clear that we are moving far more cautiously on China than we are on Canada, Mexico and Europe because we understand China’s retaliatory abilities are greater,” he said.

Ross warned that there could be diplomatic as well as commercial repercussions, with the acrimony threatening to disrupt the fragile diplomatic relations with North Korea. The threat of a trade war, “would reduce China’s interest in cooperating with the United States on North Korea,” he said.

BBC with additional report from NBC