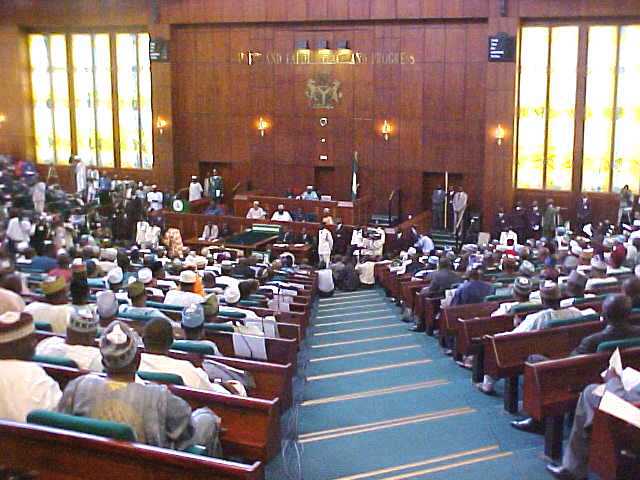 The House of Representatives, during the second reading   of the 2019 Appropriation Bill on Wednesday, detected some miscalculations in the budget.

The House therefore directed ministries of finance and budget to reconcile the figures latest Thursday (today).

At the opening of the plenary, the Majority Leader, Mr Femi Gbajabiamila, led the debate on the appropriation bill, urging the lawmakers to consider the benefits of the budget.

However, the debate was suspended briefly when a member, Mr Abubakar  Adamu, identified some errors in the budget.

Adamu identified errors in the figures of the ministries of finance, education; budget and national planning; as well as the Office of the Secretary to the Government of the Federation.

He said, “I want to, before my contribution, raise some issues, particularly some errors I noticed in the national budget. As everybody knows, the schedule in the budget consists of part ‘A’ which is the statutory transfers, and part ‘B’ which is the Debt Servicing, part ‘C’ which is the recurrent expenditure and part ‘D’ which is the capital expenditure.”

The lawmaker noted that in the Ministry of Education, the recurrent expenditure which consisted of both the personnel and overhead cost, was N462.2bn.

He stated that under the summary of the budget by the MDAs, (line item Number 410518), the figure had changed to N539bn. “I don’t know what figure was added at that level,” he stated.

He also cited the example of the ministry of finance where the recurrent expenditure was N10.8bn, under which personnel was N7.4bn. He, however, said the overhead had changed to N2.26bn, with the total (of personnel and overhead) put at N2.27bn, which he faulted.

“The capital also has changed to about N655.9bn, indicating that a total allocation of the Ministry of Budget and Planning, instead of N9.3bn, has now become N2.15tn.”

Dogara, who was surprised by the discovery, asked another lawmaker, Mr Aliyu Ahman-Pategi, if the issues raised by Adamu were valid, which he confirmed.

Ahman-Pategi said, “If you look at the budget; in the budget of the Ministry of Finance, the detail of overhead, salary and all that,  is correct. But in the summary detail on the right side column, that is where the mistake was made.”

After Dogara sought further clarification, Ahman-Pategi said, “Anytime we discover it (error), they (executive) can attend to it. We know that what we are discussing are the general principles. It (budget) will still get to the committee level and all those can be done. As for the ministry, we can get the leadership – the Minister of Finance – and the Chairman of Finance and Chairman of Appropriations to liaise with these three bodies: the Budget Office (of the Federation), the Ministry of Budget and National Planning and the Ministry of Finance.”

As the lawmaker was speaking, Adamu walked up to the Speaker with a copy of the bill to show him the errors. He was followed by Gbajabiamila; the Chairman, House Committee on Rules and Business, Edward Pwajok; and the Clerk to the House. They held an emergency meeting that lasted for about 10 minutes.

After the meeting, Dogara admitted that there were irregularities in the figures but the lawmakers would continue with the debate, focusing only on the general principles of the budget.

“I am sure we are not concluding the debate today (Wednesday). I will direct relevant committee chairmen to liaise with the ministries of finance and the budget and national planning, to ensure that by tomorrow, before we conclude the debate on the budget, we have the reconciled figures.

“So, for today, I want to admonish and plead with us to make sure that we confine ourselves to the general principles of the budget. I am by this announcement drawing the attention of the Ministries of Budget and National Planning; and Finance to the irreconcilable differences in the figures allotted in the budget. And, unfailingly, by tomorrow, if we must continue the debate on the budget, they must give us reconciled figures.”

Continuing with the debate, Adamu, among other issues, pointed out that while 2019 budget predicated on oil production of 2.3 million barrels per day, at $60 per barrel, the Organisation of Petroleum Exporting Countries had cut Nigeria’s oil output to 1.68mbpd.

But speaking with journalists later, Gbajabiamila said the erroneous parts of the budget would be taken back to the executive for corrections.

He said, “Mathematical errors are things that are normal. At worst, they may reflect some kind of tardiness but they don’t take away the substance and the merit of what we are debating. And if you know the rules of the House very well, we are not here to debate the intricate details of the figures and numbers of the budget, we debate the general principles. That is what the debate is about.

“It is a good observation and I believe it has been noted. Like the Speaker said, it will be sent back; the communication will be done. They will correct the figures just here and there, that may have the potential of distorting the numbers. That will be cleaned up.”

In the meantime, President Muhammadu Buhari on Wednesday said his government had done well in the area of security.

Buhari stated this while addressing the All Progressives Congress supporters at the party’s presidential rally at Giginya Stadium, Sokoto, the Sokoto State capital.

Obasanjo, had in an interview with the BBC Yoruba on Tuesday,  lamented that  Boko Haram  insurgents were deadlier  than they were before the present administration .

But in Sokoto on Wednesday, Buhari said the mammoth crowd at the APC rally in Borno State on Monday was a proof of the success of his government in the area of security.

He stated, “When I came here in 2015 to campaign, I promised three things, to fight corruption, stop insurgency and to improve our economy. Today we can all see the results of the three.

“The unprecedented crowd that welcomed us in Borno was a testimony to the fact that we have done well in the area of security.

“The country has witnessed bumper harvest in the last two years, signifying that our economic policy is working.

“On corruption, I would not relent in fighting the menace. I assure you whoever is found wanting would be dealt with accordingly.”

The President recalled that when he led other party leaders on a campaign to the state in 2015, he was overwhelmingly received and massively voted for.

The President urged the electorate to vote  for  only the APC candidates in the forthcoming elections, saying that they would not betray Nigerians.

On his part, the national leader of the APC, Asiwaju Bola Tinubu, assured the nation’s youths that the Buhari administration would cater for them.

He also assured Nigerians of food security, saying, “the country is on the path of development with a just and patriotic leader in President Buhari.”

The Director General of the Buhari Campaign Organisation and the Minister of Transportation, Rotimi Amaechi, also assured the people of the state that a rail project would be extended from Gusau to Sokoto, up to the border town, Illela.

In his remarks, the National Chairman of the party, Adams Oshiomhole, praised the people of the state for the support given to the leader of the party in the state, Aliyu Wamakko.

He also advised them to vote for all the candidates of the party in the state.

Speaking earlier,  Wamakko assured the President and all the party leaders of the total votes of Sokoto in the general elections.

Earlier on his arrival at the Sultan Abubakar  III airport, Buhari was accompanied to the Sultan of Sokoto’s palace  by Tinubu, Amaechi, Oshiomhole, as well as the defence and interior ministers, Manir Dan-Ali and Abdulrahman Dambazau, respectively. Security agents had a hectic time in controlling the crowd.

Buhari, was also in Birnin Kebbi, the capital of Kebbi State, where he addressed another APC rally.

In response to Buhari’s claim that he had achieved security in the North-East, the Peoples Democratic Party said that the President was merely talking politics.

The National Chairman of the PDP, Prince Uche Secondus, who spoke to one of our correspondents, said there was no way the Governor of Borno State, Kashim Shettima, would have visited Abuja crying over the deplorable security situation in his state if things were working well.

Secondus said Buhari must have also forgotten that farmers in the North-East and North-Central had been crying over their inability to return to farm because of the insecurity in their areas.

He asked Nigerians to hold the President responsible for the killings of innocent Nigerians in the country.

He said, “Nigerians saw the governor of Borno State when he cried openly at the Presidential Villa over the deplorable security situation in his state.

“He said the situation was becoming unbearable and that people were being killed anyhow. Has the President forgotten that so soon?

“Wives in Borno have become widows and he thinks they are happy? Truly, the President was never aware.”

Also, the presidential candidate of the PDP, Atiku Abubakar, said the President must know that the “era of deceit is over.”

Atiku, who spoke through his media aide, Phrank Shaibu, said the President must come to the reality that his days “are numbered as the President of the people of Nigeria.”

He said, “President Muhammadu Buhari is being deceived by his aides. You know the President does not read and does not interact with the people.

“So, when he sees crowd of people gathered, he doesn’t not know the purpose. President Buhari is not in tune with the realities on the ground, even in his cabinet.