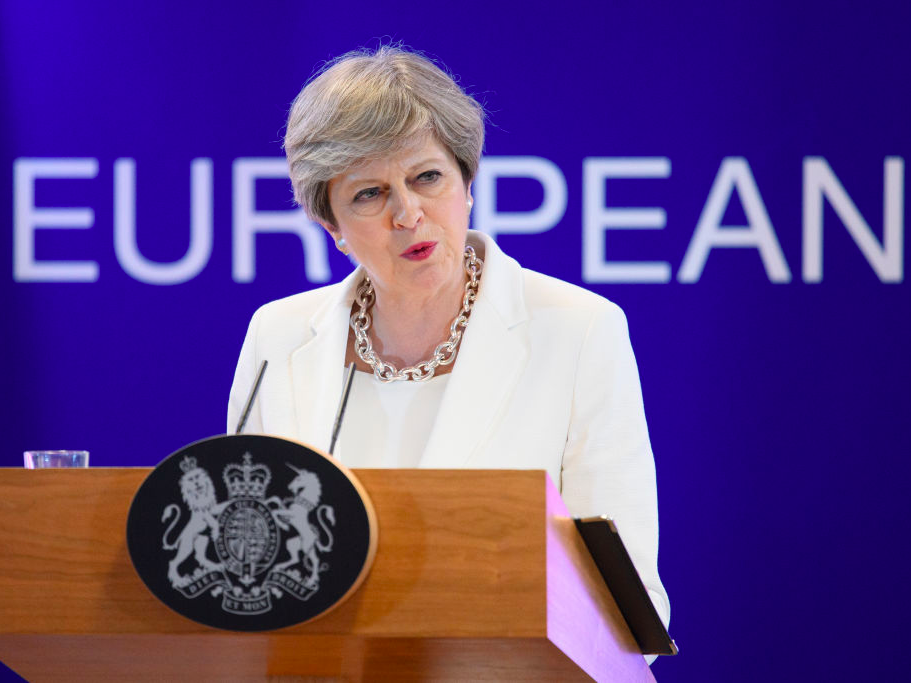 …As Australian who drove into crowd, killed 6, sentenced to life***

Britain`s overvalued housing market will undergo a modest correction if the country leaves the European Union at the end of next month without a deal, a Reuters poll found, with London being affected to a greater degree.

Negotiators are still scrambling to reach agreement, and if they fail then home prices in the capital, which has long been a magnet for foreign investors, will fall 3 percent in the six months after the March 29 split.

“There will be a palpable shock to the UK economy in terms of GDP, inflation, job creation etc,” said Tony Williams at property consultancy Building Value.

He says prices in the capital would fall 10 percent if there were no deal, the most pessimistic forecast.

“This will spill over dramatically to the residential market, with London bearing the brunt given the international catchment of prospective buyers.”

Since the June 2016 referendum decision to leave the EU, Reuters polls have consistently said a no-deal scenario would knock the economy, equities, housing market and sterling.

However, a dip in the currency – a recent Reuters poll said sterling would fall 5-10 percent if there was no agreement – would make property cheaper for foreign investors, likely offsetting some of the uncertainty.

If an agreement is reached, and most economists think it will be, house prices will rise 1.5 percent nationally and 0.5 in London in the six months after.

The wider poll of 25 market watchers said national home prices would rise 1.5 percent this year and 1.8 percent in 2020, both weaker than forecast three months ago. In 2021 they are expected to increase 2.3 percent.

In London prices are predicted to fall 2.0 percent this year, much sharper than in the last poll, and then rise 0.5 percent and 2.5 percent in the following two years.

“Prices have clearly come off the boil of late but on the assumption that the UK does not leave the EU without a deal, there is scope for the resumption of a modest upward trend,” said Peter Dixon at Commerzbank.

OVERVALUED
With uncertainty still surrounding the Brexit outcome, nine of 16 respondents said they think turnover in London homes will fall this year while only two expected a rise. Nationally, 10 said turnover would stay the same, six said fall and two said rise.

“Sales levels will likely stay the same in 2019 as 2018 across the UK although this will vary across the regions,” said Leslie Schroeder at property consultancy Carter Jonas.

“We expect that London and the South East will see a slight fall in overall levels compared with 2018, again as affordability weighs heavily on the ability for average UK earners to move and buy houses.”

When asked to describe the level of London house prices on a scale of 1 to 10 from extremely cheap to extremely expensive, the median response was 8. Nationally they were rated 7, where it has been for a few years.

Those high ratings are unsurprising as the annual average British salary is around 30,000 pounds ($39,000) but the average asking price for a home in Britain was 300,715 pounds this month and more than double that in London, property website Rightmove said.

So although borrowing costs are currently very low and not expected to rise much in the coming years, prospective buyers trying to get on the property ladder will struggle as prices continue to rise, despite them increasing more slowly this year and next than wages and general inflation are predicted to.

“The fundamentals of the UK housing market remain as they are: lack of supply; a growing population; cheap money – a Brexit of any flavour will not dent those fundamentals,” said Russell Quirk at online estate agent eMoov.

In the meantime, a man who drove a stolen car into lunchtime crowds in downtown Melbourne and killed six people was sentenced to life imprisonment Friday in what the judge described as “one of the worst examples of mass murder in Australian history.”

James Gargasoulas, 29, showed little emotion when sentenced in Victoria state’s Supreme Court. Under the terms of his sentence, he will spend at least 46 years in prison before he’s eligible for parole.

Families of the victims filled the courtroom for Justice Mark Weinberg’s ruling. Gargasoulas was in a drug-induced psychosis in January 2017 when he killed the six people and injured dozens more in the busy Bourke St. Mall.

His victims included a 3-month-old baby who was thrown 60 meters (200 feet) from his stroller and a 10-year-old girl.

“Your actions were both callous and cowardly,” the judge said. “You have shown no genuine remorse.”

The judge described in detail the events of the “terrifying rampage,” noting each victim killed as well as those left with broken bones, head injuries, internal bleeding and other lasting damage.

“You left a trail of destruction,” the judge said. “The horror of what you did has profoundly impacted the lives of those who were present that day.”

“He should never, ever, get out of there,” he told reporters after the sentencing.

Grieving relatives earlier told the court of their pain. The brother of Japanese victim Yosuke Kanno, 25, said he will continue suffering until he dies.

In a letter read to the court, Gargasoulas insisted he was not evil and blamed “government oppression” for the murders. He also said he was the Messiah and was acting on the wishes of God on the day of the rampage, but was in a “bad headspace.”

Gargasoulas has treatment-resistant paranoid schizophrenia but was found fit to stand trial. He pleaded not guilty. In November, a jury found him guilty of the six murders and 27 counts of reckless conduct endangering life.

He had been using drugs and committing crimes in the weeks before the attack and was on bail. The judge noted he was meant to face court on the day of the massacre. Police had tailed the stolen Holden Commodore for some of its journey into downtown Melbourne before the rampage.

“Your crimes have had a shattering effect on countless lives,” Weinberg said.

Gargasoulas will be eligible to apply for release in 2063, when he’s 73.