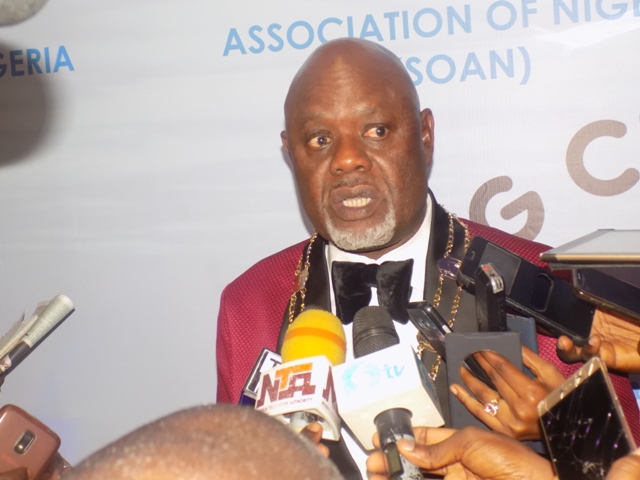 …Says only fruitful initiatives that productively engage the unemployed will!***

Nigeria’s foremost shipping mogul, Engr. Greg Ogbeifun at the weekend lauded the current efforts towards overcoming the challenges of piracy in the nation’s waters, even as he strongly advised that the nation should not put all its hopes or eggs in the anti-piracy basket.

The immediate past Arrowhead of the Ship Owners Association of Nigeria (SOAN), Ogbeifun specifically noted the difference between the newly enacted Anti-piracy law as a working tool, as different from equally identifying the factors that exacerbated piracy as an environmental challenge, and counsel on the need to focus at finding solution to the later, while using the former as a tool for reducing crime-equilibrium.

He urged Nigerians to address the piracy from its root cause, and praise the Nigerian Ports Authority (NPA) Managing Director, for her recent initiative to directly push up economic activities in the South east and South, through a significant slash in the cost of doing port business in the Eastern ports.

He urged Nigerians, particularly those in policy and decision making process to empower firms with the capacity to create jobs, noting that until the restive, unemployed youths were engaged and provided with hope, the anti-piracy law may remain Pyrrhic victory or exercise on paper.

“That’s an exercise on paper! What does it mean in terms of actually addressing the issue? Is it because there was no Anti-piracy Act that piracy has been made? Or is it because platforms that had been put in place or that should be in place to address it are either missing, or not being funded, or not being properly managed to address the issue? I don’t know. That’s not my area of strength, to be honest with you.

“But, I think with an issue like piracy, hostage taking, kidnapping, and whatever they are doing in our waters, is directly related to unemployment which is what we made reference to. We have to find something for the people to do; if we mobilize platoons and military installations all over the place, you are only perfectly putting pressure on it. You will still see a whole army of people who have no job, whose environment is degraded and who have no home to contend with.

“So, whilst we are putting an Anti-piracy law and other laws like that in place, can we also on the other hand, look at what we can do, to address the social issues?

“Can we enable companies like STARSZ for instance, (let me market myself, I don’t care) to make the shipping expansion possible, so that one thousand youths in that place can be absorbed?

“Can we make NIGERDOCK start building ships so that none of those youths saved from the Niger Delta who were sent out of on different trainings under the amnesty can now be absorbed into productive ventures? And thereby, be able to remit money to their kiths and kin back home? That is the way we can fight Piracy!

“If we are not addressing these issues and you are enacting laws and building armies and setting up securities laws and reforms and all of that, and if you think that is the solution, fine! Let us wait and see!” the Shipping guru highlighted, praying for continuity in the industry, to enable the nation’s stakeholders build upon the gains of the first four years of Buhari’s administration.