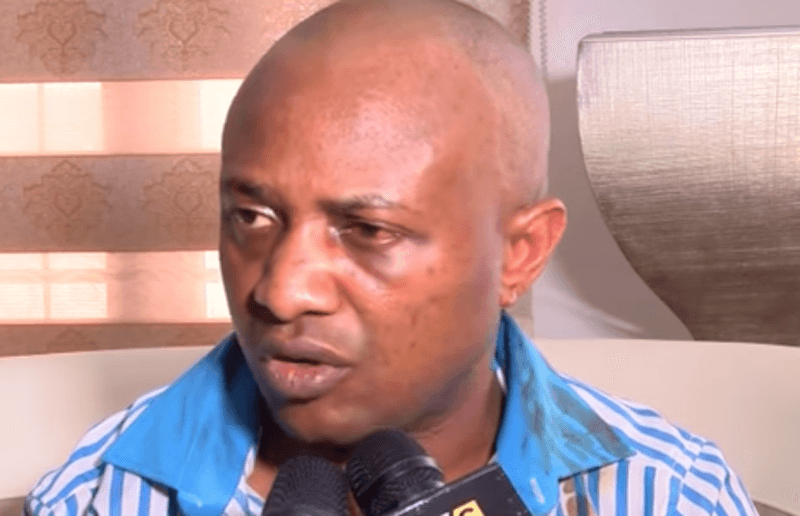 Alleged abduction kingpin Chukwudimeme Onwuamadike has opted for a plea bargain with the Lagos State Government over his attempt to kidnap a leading transporter in Lagos.

The Defence Counsel to Onwuamadike, Mr R.B.C. Eke, made the disclosure during proceedings at an Ikeja Special Offences Court on Friday.

Onwuamadike, popularly known as Evans is standing trial for his failed bid to kidnap Chief Vincent Obianodo, the Chairman of Young Shall Grow Motors Ltd., one of Nigeria’s leading transport companies.

“We received a plea bargain application on behalf of the fourth defendant dated Oct. 24, which is yesterday and we received same yesterday,” Akudo said.

Responding Eke said that “the development (the fourth defendant’s plea bargain) came from us and the Directorate of Public Prosecutions (DPP) will be hearing from us.

“We have the intention to also file a plea bargain on behalf of the first defendant (Evans),” he said.

“We have no problem with the court defendant’s plea bargain agreement,” Josiah said.

Arinze and Ubong had no legal representation in court.

NAN reports that proceedings for Evans’ two criminal trials– the attempted kidnap of Obianodo and the kidnap of Mr Sylvanus Ahamonu, which were scheduled to hold on Friday were stalled, due to the absence of Insp. Idowu the Investigating Police Officer (IPO).

Explaining Idowu’s absence, Akudo said: “unfortunately we do not have our witness in court. He is outside jurisdiction.

“My lord, we will definitely do the needful during the next adjourned date.”

Responding Justice Oluwatoyin Taiwo said: “your witnesses have not been coming to court. This witness is the IPO and he hasn’t finished his testimony.

NAN reports that in the Obianodo case, Evans and his three co-defendants face a seven-count charge of murder, attempted murder, conspiracy to commit kidnapping, attempt to kidnap and sales and transfer of firearms.

According to the prosecution, Evans, Emeka, Arinze and Ubong committed the offences on Aug. 27, 2013 at Third Avenue in Festac Town, Lagos.

Evans and his accomplices are alleged to have killed one Ngozi Chijioke and attempted to kidnap and kill Obianodo.

The prosecution also alleged that in 2008, Ubong sold and transferred two AK47 rifles and 70 rounds of live ammunition to Evans.

In the Ahamonu case, Evans and his co-defendant, Victor Aduba, a dismissed member of the Nigerian Army face a four-count charge of kidnapping and unlawful possession of firearms.

Evans and the dismissed soldier are accused of kidnapping Ahamonu, holding him hostage for at least nine weeks and collecting a ransom of 420,000 dollars from his family.

Taiwo adjourned both cases to Dec. 9 for continuation of trial.

In the meantime, the Economic and Financial Crimes Commission (EFCC) has cracked a syndicate that specialised in accessing personal data of Nigerians based overseas to defraud their friends and relations back home.

This is contained in a statement signed by the commission’s spokesperson, Wilson Uwujaren and made available to newsmen on Friday in Ibadan.

The News Agency of Nigeria(NAN) reports that four members of the gang have been arrested and in EFCC custody while others are at large.

Uwujaren said the commission had launched a manhunt on the suspects after receiving a petition from one Prof. Godwin Ekhaguere.

He said that Ekhaguere, a professor of Mathematics who retired from the University of Ibadan, had in the petition alleged that the gang defrauded him of sums totalling N565,500.

Uwujaren said that the professor alleged that the suspected fraudsters also made him to part with MTN recharge vouchers worth N36,000 in the scam.

“The victim only realised that he had been scammed after he managed to reach his friends on the phone, who denied sending anyone to him. That prompted the petition,” the agency ‘s spokesman said.

He said that the commission in the course of investigation arrested one of the suspects at an ATM point where he went to cash the money sent to him by one Pastor Osuji.

Uwujaren said that Osuji was also a victim of a crime similar to that which the commission was investigating.

He said that the gang’s pattern of operation was familiar, saying one of them would call their would-be victim with the impression that he was an old-time friend, now based abroad.

The commission’s spokesperson, said one of the suspects would claim that he has a mouth-watering gift to be sent through someone who was allegedly coming home for an event.

Uwujaren said that the victim would then be handed over to the ‘home-bound’ member, adding the suspect will make all sorts of requests ostensibly to clear some obstacles to delivering the consignments from the foreign-based relation or friend.

He said that investigations into the gang’s operations revealed that they have a mobile application used in making a local number appear foreign to the call recipient.

“They also use unregistered SIM cards to make their calls in order to blur out chances of tracing their real identities.

“Another trick to evade arrest was to open bank accounts in other people’s names and take over the ATM cards from them.

“They direct their victims to pay into such accounts and use the ATM cards to withdraw the cash,” he said.

Uwujaren said that the suspects had since owned up to the allegations against them and are now helping the commission in its investigation.