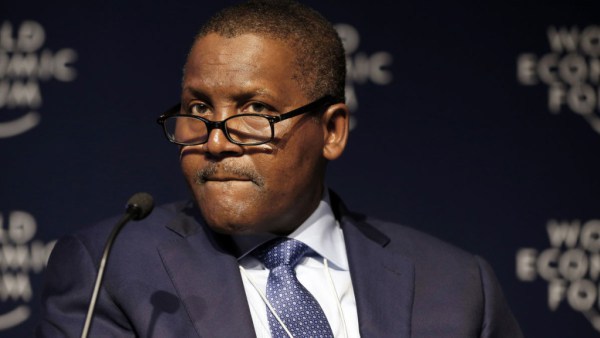 …As Manufacturer says Locally-manufactured pencils will save Nigeria $2.4bn annually***

Gov. Atiku Bagudu of Kebbi on Sunday commended Dangote Group for setting up a rice mill in the state, saying it would create employment and boost the economy.

Bagudu who visited the factory site at Saminaka in Shanga Local Government Area of the state, said the investment would also rack up the rice value chain and add value to local farmers.

The governor’s visit was announced in a statement on Sunday in Birnin Kebbi by his Press Secretary, Abubakar Dakingari.

Facilities for the factory, which will have 32 silos are being installed as at the time of the visit by Bagudu, who was accompanied by legislators and top government officials.

“I must commend Dangote Group of Companies especially Alhaji Aliko Dangote for initiating the project in Kebbi State.

“This will go a long way in providing employment to our youth as well as boosting the economy of the state and Nigeria at large “, he said.

Bagudu used the opportunity to invite more investors to Kebbi to set up more factories.

Similarly, the governor made a stopover at a local rice mill in Yauri where he interacted with some women processing local rice.

The women told the governor that the price of rice has fallen which according to them was an indication that Federal Government’s rice initiative is working.

In the meantime, an entrepreneur, Mr Muideen Ibrahim, says locally-produced pencils will save the country over $2.4 billion (N734.4 billion) if encouraged and supported by the Federal Government with enabling policies.

Ibrahim, the Chief Executive Officer, BAMIB Resources and Investment Company Ltd., stated this in Lagos on Monday, stressing the need for government to discourage importation of goods and services that could be produced in the country.

The manufacturer called on government to support indigenous pencil companies to prevent importation of the product.

According to him, if we are supported and encouraged, it will save government about $2.4 billion on importation of pencils annually.

“There are a lot of multiplier effects we shall give the country.

“Some of which are backward integration of our major raw materials and basic components, massive employment opportunities and contribution to the Gross Domestic Product.

“Also strategic investments in other regions and Foreign Direct Investments, amongst others, ‘’ he said.

Ibrahim said there was need for the government to increase the tariffs on imported pencils or place a technical ban on its importation to encourage indigenous pencil manufacturers.

He said this had worked in the rice sector and other allied products.

Ibrahim urged the government to do something urgently for the local pencil manufacturers as they were suffering.

He said: “Unfortunately, government is still paying lip service to this very good and apt Executive Orders. There must be a committee that will drive these orders and make them work.

“Not only that, the government must `walk the talk’ on Ease of Doing Business. This is one of the ways to help local manufacturers.

“Aside from that, there must be aggressive promotions on patriotism, among others.

“I wonder what is happening to the National Orientation Agency. That agency used to be very vibrant in those days.

“Call the manufacturers to a round table discussion and the government must as a matter of fact implement their decisions. The bane of our challenge in this country is implementation of policies.’’

He said there was room for expansion, saying that it was a function of demand and supply.