A glimpse at the International Maritime Organization (IMO) Audit may have shown that if indeed Nigeria had won a Seat in the IMO’s Council Catery ‘C’ it might have been an unsustainable victory, justifying a view of those who said the country did not lose as a result of international politicking, but poor response to IMO Audit or recommendations.

For instance, the Audit specifically noted in its article 7.17 Nigeria’s overall performance improvement and overall coordination of related public entities, as lacking any formal methodology, with the Federal Ministry of Transport {FMoT} coordinating all entities in its day-to-day implementation of business through official letters and meetings as it deemed necessary. The report only came short of saying like Taliban, running Afghanistan!

The IMO also grieved in article 7.18 that the Agency consistently failed to provide the body with all ‘the reports’ as required by the mandatory IMO instruments, including the reports from its Port and flag State mandate. In order words, they were free to read and obtain them, from the Nigerian media!

…We Continue from Tuesday

(cargo  handling  and  storage)  services,  maintain  port  facilities  and  equipment  and  also  has

duties to ensure safety and security at the ports and harbours. The responsibilities include

provision of port reception facilities, response to oil pollution within the port limits, VTS and

some radio communication duties. The duties and responsibilities of NPA are regulated with

the Nigerian Ports Authority Act, 2004. The headquarters is located in Lagos and there are 2

Meteorological  Agency  Establishment  Act,  2003  and  has  responsibility  to  provide  weather

information to ships. The services to shipping provided within NiMet marine division include:

& information services. The agency is headquartered in Abuja and maritime office is in Lagos.

Act, 2006” establishes and stipulates the responsibilities of NOSDRA. The headquarters is in

Abuja and there  are  regional  offices  throughout  the  coastline.  “Oil  Fields  Assessment” 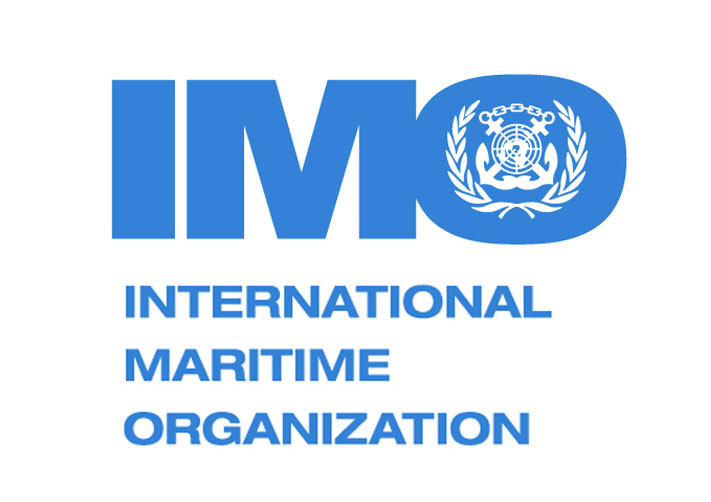 7.7         The NIGERIAN NAVY is the charting authority for and coordinates all hydrographic

surveys and services for Nigeria. The responsibility is stipulated in the Armed Forces Act,

and provides the details of the responsibilities. In this regards it is responsible for collection and dissemination of maritime safety information including navigational warnings.  Nigerian Navy also assists enforcement of maritime related safety and pollution prevention duties and SAR operations.

authorizes FMoT to formulate and implement policies on transportation issues. The Maritime

7.9       At  the  time of the audit, there was a draft document of overall strategy (National

Maritime Transport Policy) prepared by the Committee on National Transport Policy, which was  chaired by the Permanent Secretary of FMoT. It was expected for this overall strategy to come into force after signature by the Minister of Transportation and its promulgation and publish in the Official Gazette by the Attorney General of Ministry of Justice.

prepares a “Draft Instrument of Ratification” and sends it to FMoT. FMoT studies the draft and

reverts to NIMASA with recommendations, as necessary. After considerations and corrections

as necessary, the draft instrument is sent back to FMoT and to Federal Executive Council, which is headed by President.  After approval by the Council, the extract of resolution containing the approval is sent back to FMoT. FMoT sends the decision to Ministry of Justice to prepare the Instrument of Ratification. Instrument of Ratification is then approved by President  and  it  is  sent  to  Ministry  of  Foreign  Affairs  to  be  deposited  with  the  IMO.

7.11        Regarding transposition of IMO Conventions into domestic law, there were 2 different

methods. If Merchant Shipping Act (2007) made a direct reference to the applicability of the

instrument, it would be applicable automatically without the need of further action. This was

references in the Merchant Shipping Act, so they needed to be transposed into domestic law

using the standard procedure. The legal procedure should be initiated by NIMASA by preparing

a draft after consultations with the stakeholders.  The draft bill should be forwarded to the

Federal Ministry of Transportation for their review, approval or amendments. Once approved,

a draft bill taking into account national procedures and returned the draft bill to FMoT.

National Assembly. This usually took considerable length of time as such instrument usually had enabling powers for the Minister to act and give effect to emanating amendments that might arise from it. After the bill was enacted in the National Assembly it needed to be endorsed by  the  Presidency  and  published  in  the  Official  Gazette  by  the  Ministry  of  Justice.  This procedure was not completed for LL 66, LL PROT 88, COLREGS 72 and TONNAGE 69, so they were not transposed into domestic                law.

7.13    Regarding the amendments to the international instruments that were coming into force internationally through tacit amendment procedure, the same principles applied.  For SOLAS 74, SOLAS PROT 88 and STCW 78 amendments, there was a direct reference in the Section 216 of the Merchant Shipping Act stipulating that their amendments relating to maritime safety shall directly apply. So they automatically became part of national law without the need for further action. But for the other mandatory instruments within the scope of the audit, there was no such reference and by virtue of the constitution of the Federal Republic of Nigeria, all subsequent amendments to these international instruments needed to go through the process of domestication into national law as described above. This was not practiced yet, so the amendments of all mandatory instruments within the scope of audit with the exception of SOLAS 74, SOLAS PROT 88 and STCW 78 were not dealt with properly.

7.14        Detailed implementation regulations needed to be promulgated by the authorities.

Regarding these, there were some covering some specific issues under the instruments but

7.15        Mixture of two different systems of law making (by direct reference to instruments and

it was not clear which set of legislation would be followed and applied.

7.16        Record keeping procedures were stipulated by “National Archives Act of the Federal

ministries, departments and agencies. The latter provided for periodic reviews of the record making  and  record  keeping  practices  and  it  was  updated  as  needed.  From  the  Schedule, archives  officers  in  the  planning  services  developed  the  record  keeping  procedures  and schedule, including retention criteria,   time   and   methods.   The   archives   officers   were responsible to train other departments’ employees and supervised the overall record keeping practices in the agencies. Individual departments were responsible to keep their own records accordance with these policies. After a certain period of time, all the records were transferred to archives of agencies. The identification, storage, protection, retrieval, retention time and disposition of records (legislation, orders, policies and official correspondence etc) were determined.

7.17         Regarding overall performance improvement and overall coordination of related public   entities,   there   was   no   formal   methodology   developed   or   implemented.   FMoT coordinated all entities in its day-to-day implementation of business through official letters and meetings as it deemed necessary.

.1  The State does not consistently provide IMO with all the reports as required by the mandatory IMO instruments. (III Code, paragraph 8.3; SOLAS 1974, article III; LL 1966, article 26; MARPOL, article

.3   Many of the mandatory IMO instruments and their amendmends were not transposed into domestic legislation.  Furthermore,  there  were  no  detailed implementation regulations for the majority of IMO instruments and the few available  ones  were  not  updated  at  least  during  last  4  years.  (III  Code, paragraph  4;  III  Code,  paragraph  8.1;  SOLAS  1974,  article  I;  MARPOL, article 1; LL 1966, article 1.) See Form A, FD-1.

.1          The State did not have or implement an overall strategy to ensure that its

international obligations and responsibilities as a flag, port and coastal State are met. (III Code, paragraph 3.) See  Form  A, OB-1.

8.1         Flag State activities in the Federal Republic of Nigeria are carried out by the Nigerian

Maritime   Administration   and   Safety   Agency   (NIMASA)   which   was   established   by   the “NIGERIAN MARITIME ADMINISTRATION AND SAFETY AGENCY ACT”, 2007. NIMASA is a Federal Agency, Working under the supervision of the Federal Ministry of Transportation. It has a Governing Board of Directors which membership comprises of seasoned personalities with relevant qualifications, experience and Capacity applicable to Maritime Administration.

programmes of the Agency in line with the provision of the NIMASA Act 2007.