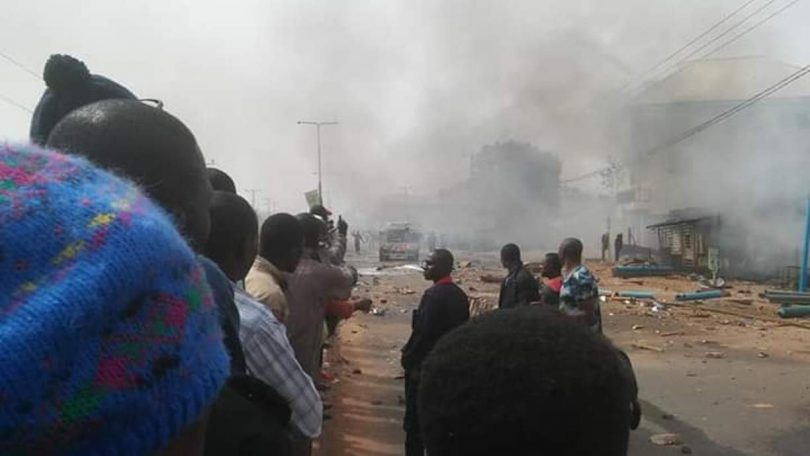 The Department of Petroleum Resources (DPR) has threatened to sanction all unlicensed LPG retail outlets and operators with stiff penalties.

The gas explosion killed five persons, including a professor, and destroyed valuable properties on Jan. 4.

The Police in a statement, after the incident in Kaduna, confirmed that five persons were killed, while four others sustained injuries.

Tafida who condoled with victims of the explosion, said that the gas retailer operated illegally, without even a category D license being issued to retailers in the zone.

He urged investors, gas plant operators and retailers to obtain the required license, that would ensure safe handling of gas, to avoid similar accidents in the future.

“The DPR Kaduna Zone wishes to extend its sympathy and condolences to the families of the victims, the government and people of Kaduna state.

“We regret the unfortunate incident of gas explosion that occurred on Saturday that recorded loss of lives, injuries of various degrees and loss of worthy properties.

“The outcome of our preliminary investigations reveal that the facility is an illegal gas retailing vendor that engages in illegal storage, decanting and sales of LPG (cooking) and acetylene (industrial gases).

“The operator of that illegal facility is unknown to the department and the facility is not licensed by DPR,“ Tafida said.

According to him, the department has variously conducted trainings, monitoring of LPG outlets and issued warnings to members of the public not to patronise the illegal operators.

He said that DPR had also enjoined such illegal operators to follow the laid down rules and regulations, by obtaining license to ensure safe handling of gas; considering its volatility.

“Gas retailers who do not have category D license for retailing LPG are desperate for money, because LPG is new source of money and the public now know better, that using gas for cooking is faster and cleaner; but the public need to be aware that it has to be handled with caution.

“Investors should invest in gas business but they should follow the rules and regulations and do it in line with best practices,” he said.

The agency said it had approved and licensed 38 LPG plants in Kaduna state in 2019.

“Despite this, hundreds of unlicensed retailers and gas vendors are still operating within Kaduna city ” Tafida regretted.

Meanwhile, President Muhammadu Buhari has expressed deep sadness over the gas explosion which led to the death of the Chairman, Nigeria Atomic Energy Commission, Prof. Simon Mallam, his son and three others at Sabon Tasha area of Kaduna on Saturday.

Reacting to the incident in a statement by his Senior Special Assistant on Media and Publicity, Malam Garba Shehu, in Abuja on Sunday, President Buhari said: “I am deeply touched by this unfortunate incident that claimed the lives of Professor Simon Mallam, his son and others.

“The death of the erudite Professor has robbed Nigeria of a great scientist whose services were acutely needed at a time we are increasing emphasis on science and technology for development.

”I extend my heartfelt sympathy to his family and those of other victims of the gas explosion.

”May God comfort these families and give them the fortitude to bear the loss.”