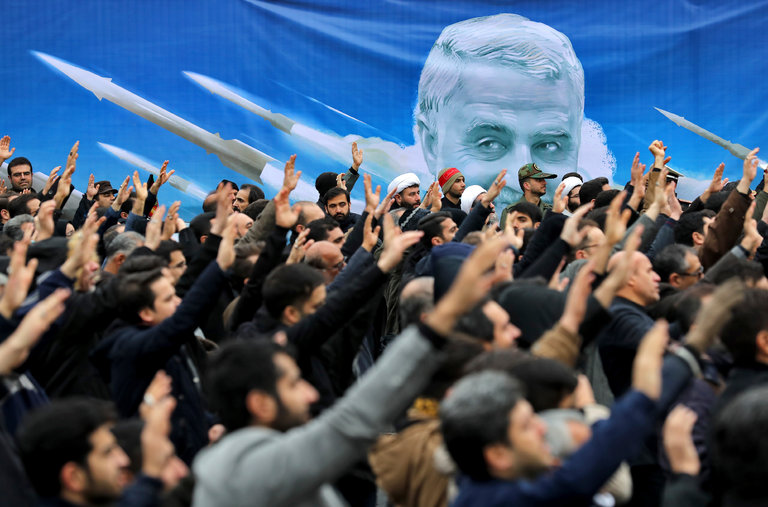 …As Pompeo says U.S. intelligence assessment on Soleimani was ‘clear’***

NATO Secretary General Jens Stoltenberg has called an urgent meeting of the military alliance’s North Atlantic Council on Monday in response to growing tensions in the Middle East.

The ambassador-level meeting of the alliance’s main decision-making body will address the situation in Iraq after the killing of Iranian top general Ghassem Soleimani by the U.S. military, a spokesman told dpa in Brussels on Sunday.

The ambassadors of the North Atlantic Council usually meet once a week, while its foreign and defence ministers meet around twice a year.

Meanwhile, the U.S. Secretary of State Mike Pompeo said on Sunday that there was “no scepticism” among senior U.S. leaders about the intelligence behind the decision to kill a top Iranian general, and that any target the U.S. may strike in Iran would be “lawful”.

“The intelligence assessment made clear that no action allowing Soleimani to continue his plotting and his planning – his terror campaign – created more risk than taking the action that we took last week,” Pompeo said.

Trump said on Friday that Soleimani “was plotting imminent and sinister attacks” against U.S. personnel in the region, but did not reveal specific threats.

While critics question the legality and consequences of the attack, which sharply increased tensions in the region, Pompeo insisted that “the world is a safer place” following Soleimani’s death.

Also read:  We killed Soleimani to stop a war — Trump

“This was a bad guy. We took him off the playing field; and that’s important because this was a fellow who was the glue, who was conducting active plotting against the United States of America,” Pompeo said.

Asked if congressional authorization would be sought for future actions against Iran, Pompeo said the administration had the authority it needed for its moves so far and would continue to do things “appropriately, lawfully and constitutionally.”

Pompeo was also asked about Trump’s Saturday warning that if Tehran carries out its promised “harsh revenge”, the U.S. would target 52 sites in the Islamic Republic.

“Every target that we strike will be a lawful target,” Pompeo answered.