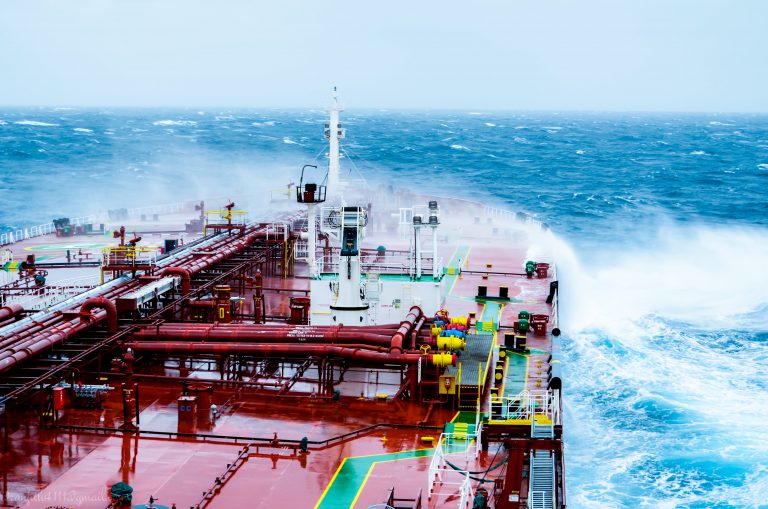 …As Methanol identified as Poison behind Brazilian Contractors’ Illness***

Brazilian state-controlled oil and gas company Petroleo Brasileiro SA (Perobras) said on Wednesday that its ships will avoid transit through the Strait of Hormuz amid escalating tensions in the region.

The company said the decision was reached following a consultation with the Brazilian Navy and with the aim of mitigating potential safety risks to its operations.

Petrobras reassured that the changes would not have any impact on the fuel supply in Brazil, adding that it would continue to monitor closely the developments in the region.

The move comes amid growing fears of Iranian retaliation on commercial vessels in the region following the assassination of Qassem Soleimani, an Iranian military commander, by the United States on January 3, 2020.

The surprise move by the Trump Administration resulted in the global outrage and fears of a major retaliation by Iran.

On Wednesday, Iran launched a retaliatory attack on Iraqi airbases hosting US troops. Dozens of Fateh-313 missiles were launched, 10 of which struck the Ain al-Asad airbase, which is located 233 km (144 miles) west of Baghdad. The other missile is believed to have struck an as yet unnamed airbase in Erbil, Iraqi Kurdistan. Four of the missiles reportedly failed, Dryad Global informed.

However, Iran is reported to have notified Iraq before the missile strike, noting that the targets would be solely locations hosting the US military. According to the latest updates, there have been no causalities and Iran seems to be standing down.

“We suffered no casualties, all of our soldiers are safe, and only minimal damage was sustained at our military bases. Iran appears to be standing down, which is a good thing for all parties concerned and a very good thing for the world,” Donald Trump said on January 8, following the Iranian attacks.

“No American or Iraqi lives were lost because of the precautions taken, the dispersal of forces, and an early warning system that worked very well.”

“As we continue to evaluate options in response to Iranian aggression, the United States will immediately impose additional punishing economic sanctions on the Iranian regime.  These powerful sanctions will remain until Iran changes its behavior.”

According to the Iranian foreign minister Javad Zarif, Iran is not seeking war but will defend itself from any aggression.

On the other hand, there are some signals that Iran will not jeopardize passage through one of the world’s major chokepoints, accounting for approximately one-fifth of the world’s oil traffic. Specifically, one of the Iranian crude carriers that went off the grid in July last year seems to have reappeared, according to TankerTrackers.com.

Going off the grid has been one of the tactics used by Iran to continue shipping its oil and try to avoid massive sanctions imposed by the United States. Numerous Iranian shipping assets and companies have been targeted by the sanctions for an alleged link to terrorist activities and the smuggling of weapons.

Meanwhile, multiple warnings for commercial ships transiting the region have been issued on behalf of major world powers, led by the US and the UK, advising caution be taken amid fears of attacks.

As indicated by MARAD, vessels operating in the Persian Gulf, Strait of Hormuz, and Gulf of Oman may encounter GPS interference, bridge-to-bridge communications spoofing, and/or other communications jamming with little to no warning.

At the beginning of January, the UK Ministry of Defense said that UK-flagged ships would be escorted through the Strait of Hormuz ensuring them maximum protection.

Even though Iran seems to be refraining from a major retaliation that might jeopardize shipping in the region, the precautionary measures come on the back of several attacks and even seizures of ships in 2019, as it was the case with Stena Impero.

It remains to be seen what will be the impact of the ongoing situation in the Middle East on the tanker shipping in the region, however, one thing seems to be for sure: the geopolitical uncertainty is often good for charter rates, as rates tend to skyrocket amid increased risks and often lower availability of assets.

In the meantime, the six contractors that fell ill while on board the Vanguard-transported FPSO, one of them with a fatal outcome, consumed a cleaning liquid found on board of the FPSO, Boskalis said in a statement.

As informed, the liquid is a substance customarily used for degreasing purposes, presumably containing a mixture of ethanol and the severely toxic methanol.

“The affected persons reported this to our crew approximately 36 hours after consumption at which point serious signs of illness were becoming apparent,” Boskalis said in a statement.

This incident was reported while the vessel was sailing on the Indian Ocean, approximately 276 kilometres East from the port city of Durban on its way from Qindao in China to Rio de Janeiro in Brazil.

Unfortunately, for one of the men, it was too late as he passed away before the medical assistance could came to the site. The remaining five persons were successfully evacuated, hospitalized in Durban, South Africa and are recovering from the intoxication.

“Boskalis would like to stress that it has a strict zero tolerance policy with regard to alcohol on its offshore vessels.”

As reported yesterday by World Maritime News, the heavy-lift vessel Vanguard changed course towards the coast of South Africa to rendezvous with medical personnel from the National Sea Rescue Institute (NSRI) of Durban as the six men fell ill over the weekend. The cause of the illness was unknown.

The six individuals are all of Brazilian nationality and were engaged in preservation works on board of the FPSO set to be delivered to Petrobras.

The works are part of the pre-delivery activities by the yard before the FPSO is delivered to the operator in Brazil later this month.

Boskalis said that the FPSO and Vanguard have recently resumed their journey to Brazil.