“We have always highlighted the ineffectiveness of their strategy. How can snake enter your house, and all you do is to go for a consultant?”, our credible source disclosed, adding that “they came to us, and we told them where to find them.

“The bush has eyes. The forest has ears”, he indicated further, adding: “We are in the bush. We see what goes in the bush. But if you don’t come to us, we won’t tell you nothing”, a man who said they work with Community boys explained further.

Meanwhile, the Nigerian Navy has confirmed the rescued of the three expatriates, adding that the abductees included an Indian, Mr Varonray Anandan, 29 and two Russians, Mr Roman Dmitriev, 34 and Mr Mikhail Finenko, 31. 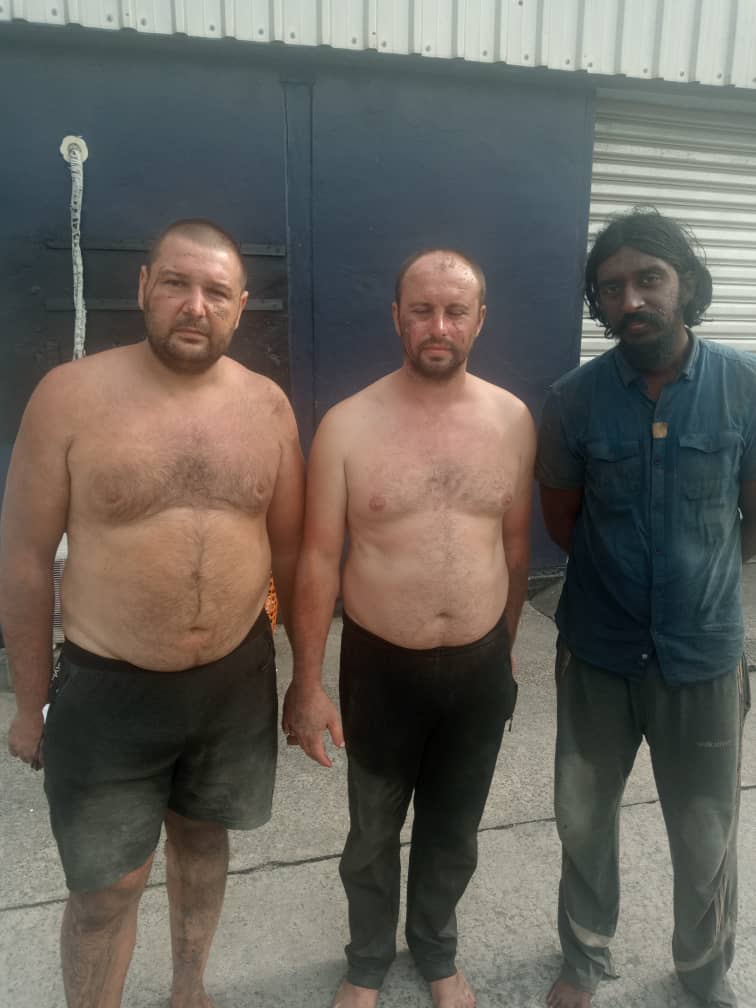 The three rescued expatriates, comprising of two Russians and one Indian.

The FOC added that the victims were rescued on Jan. 7 by a combined team of the Nigerian Navy:  Central Naval Command and the land and air components of the “Operation Delta Safe”.

“A gun battle ensued leading to the death of four naval ratings and some of the assailants while other members of the gang escaped with bullet wounds.

“During the incident, the assailants abducted three crew members of the MV AMBIKA comprising one Indian and two Russians and moved them to undisclosed location in the creek,” he said.

He said that the Central Naval Command in conjunction with the land and air components of the Operation Delta Safe immediately embarked on a manhunt for the perpetrators.

“Following intelligence report on the activities of the group to relocate the victims to Ondo state, the military units across the Niger Delta were placed on red alert.

“At about 22:30 on Jan. 7 intelligence report reveals that the victims had been moved to Awoye in Ilaje Local Government Area of Ondo state.

“Accordingly, the personnel of the Forward Operating Base, Igbokoda were alerted of the development and lay siege to the criminals and rescued the expatriates,” he said.

The FOC said that one of the criminals was apprehended with his weapon and the boat that was used to convey the victims.

He said that other members of the group fled into the nearby creek with bullet injuries, adding that they were presently being hunted with the support of the community youth.

“The rescued victims have been given medical attention by a team of doctors from the Nigerian Navy Hospital, Warri,” he said.

Garba warned criminals to desist from illegalities, saying that the Nigerian Navy was poised to rid the maritime domain of illegal activities.

“The Navy will not relent until the perpetrators of the dastard act are brought to book,” he said. 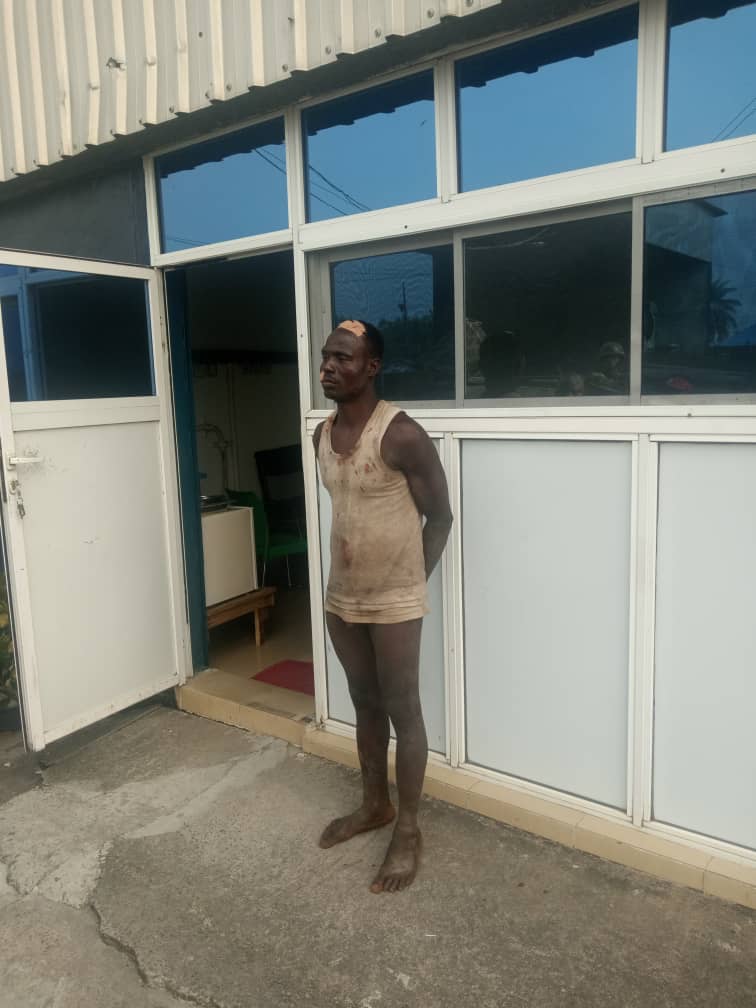 One of the Pirates arrested, after the Navy swooped on the dreaded gang. Others who escaped are currently being hunted.

While calling on Nigerians to carry out their legitimate businesses, the naval boss said that the Nigerian Armed Forces would continue to create the right atmosphere for businesses.

In the meantime, an industry watcher has advised the Nigerian Maritime Administration and Safety Agency (NIMASA) to work more closely with the just resuscitate Community boys, in the bid to unmask evil doers and restore sanity on the nation’s waters.

“Nigeria should learn to identify the messiahs given to them by God instead of persecuting them!”, he indicated further, speaking on condition of anonymity, even as he acknowledged the existence of what he called the “old maritime intelligence and operations apparatus”.

“The current feat was achieved based on intelligence from our old boys in the bush, not any Israeli security company, eyeing dollars!”, he concluded.