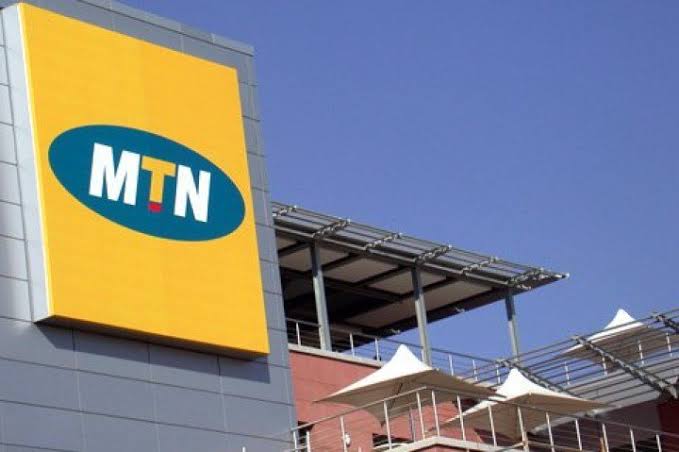 MTN Nigeria Communications Plc on Friday said its case with the Federal Government over alleged revenue indebtedness of N242.24 billion and $1.28 billion had been withdrawn.

MTN Nigeria stated this in a regulatory filing to the Nigerian Stock Exchange (NSE) signed by its Company Secretary, Uto Ukpanah.

The company said its legal counsel received a letter from the Attorney General of the Federation, which formally withdrew the government’s demand for the funds.

“MTN Nigeria is pleased to report that its legal counsel has received a letter dated Jan.8 2020 from the Attorney General of the Federation and Minister of Justice (the AGF) formally withdrawing the demand for N242,244,452,215.97 and $1.283,610,357.86 alleged revenue indebtedness,” the company said in a statement.

It said the letter confirmed that the AGF had referred the matter to the Federal Inland Revenue Service (FIRS) and Nigeria Customs Service (NCS) with a view to resolving the contentious issues.

“MTN Nigeria will consequently follow due court process to withdraw its legal action against the AGF and engage with the FIRS and NCS on the issues.

“MTN Nigeria remains committed to conducting its business in accordance with applicable laws in Nigeria,” it said.

The statement quoted Mr Ferdi Moolman, the company’s Chief Executive Officer, as saying that the company was pleased with the decision of the  AGF.

“We are very pleased with the decision of the AGF and we commend him for his wisdom.

“We maintain our dedication to building and maintaining cordial relationships with all regulatory authorities in Nigeria.

“And we remain fully committed to meeting our fiscal responsibilities and contributions to the social and economic development of Nigeria,” Moolman stated.

Lagos division of the Federal High Court adjourned the suit filed against Nigeria by MTN over the disputed claims of tax evasion to Jan. 30 and 31.

The telecoms firm had filed the suit against the government, following the demand by the AGF that MTN should pay the tax bill relating to the import of equipment and payments to foreign suppliers from 2007 to 2017.

The plaintiff was seeking among other declaratory reliefs, a declaration that the AGF’s demand of the sums of N242.24 billion and 1.28 billion dollars from MTN was premised on a process which was malicious, unreasonable and made on an incorrect legal basis.

In the meantime, the Joint Admissions and Matriculation Board (JAMB), on Saturday said it had suspended the use of the National Identity Number (NIN), for the 2020 Unified Tertiary Matriculation Examination (UTME).

The Registrar of the board, Prof. Ishak Oloyede, disclosed this to newsmen during a press conference at the board’s Headquarters in Abuja.

He said that the decision to suspend the use of the number as a periquisite for the 2020 UTME and Direct Entry registration came after several calls from stakeholders to do so.

“We also decided to suspend that prerequisite based on some technical issues on ground,” he said.

Oloyede spoke further: “We came to a decision yesterday and decided that we will suspend the use of NIN as a prerequisite for the 2020 UTME and Direct Entry (DE) registration until 2021.

“By then, all candidates would have been given one year notice to register.

“This does not affect our permanent and adhoc staff who will participate in the exercise as they will require the NIN for verification.

“We have gone round and seen the passion and commitment of the candidates; the reality on ground is that what we expect is not attainable at the moment, so we shall not inflict more pain on candidates.”

Oloyede also noted that technical issues on ground with regards to the system of registration at the National Identification Management Commission (NIMC), was one of the major reasons for the suspension.

According to him, plans are underway for the provision of a more advanced system that will be more efficient for the exercise.

He also said that the board as well as NIMC would continue to share its intelligence reports as well as other plans for the smooth conduct of the exercise in future.

He reiterated that the need for NIN as a perquisite for the exercise was to tackle identity fraud during the examinations.

Also speaking, the Director-General of NIMC, Mr Aliyu Azeez, said that the move was necessary as the commission was overwhelmed with the exercise within the short time given.

He said that NIMC had only 1,000 centres around the country for the exercise and would need up to 4,000 to conduct such exercise.

He, however, stated that the partnership with JAMB would continue while advising parents and candidates for the 2021 exercise to use the opportunity to acquire the number within the stipulated time to avoid last minute rushes.

Azeez also said that by 2021, NIMC registration would be made available at JAMB Computer-Based Tests (CBT) centres nationwide, with operators on ground to capture candidates.

JAMB had earlier stated that all candidates for the 2020/ 21 UTME and DE must have NIN before registering for admission slots into the nation’s tertiary institutions.

UTME and DE registrations exercises are scheduled to begin on Monday, Jan. 13  and end on Feb. 17