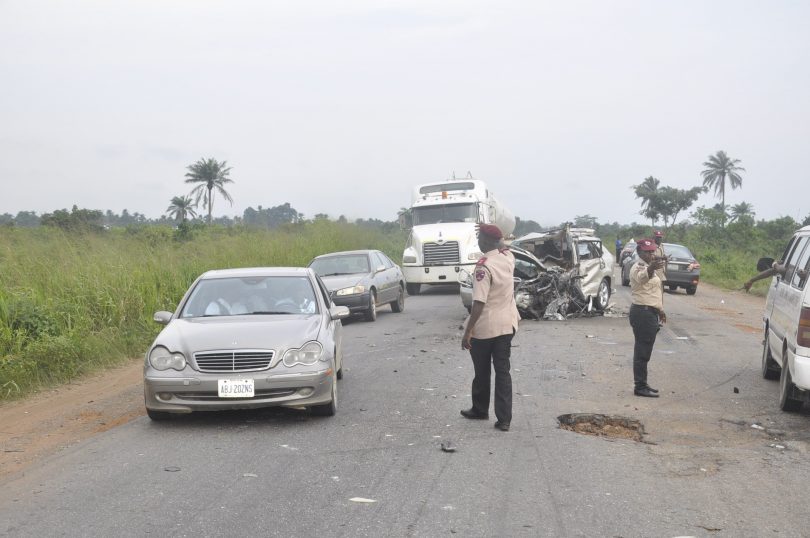 The Federal Road Safety Corps (FRSC), Ogun command, on Tuesday, said that one person died in a multiple accident at the former toll gate on the Abeokuta-Lagos expressway.

The FRSC Sector Commander in the state, Mr Clement Oladele, told the newsmen in Ota that four others, comprising a woman and three men, who were also involved in the accident which occurred at 3:45 am., sustained various degrees of injuries.

“The corpse of the male victim has been deposited at the mortuary of the State Hospital, Ota, Ogun, while the survivors are also receiving treatment at the same hospital,” he said.

Oladele said that a Mack truck, with registration number: AGL 676 CV, heading towards Lagos from Sango-Ota, three buses and three motorcycles were involved in the accident.

Oladele explained that the articulated vehicle lost control due to break failure and rammed into three Volkswagen LT buses and three motorcycles.

While commiserating with the family of the dead and sympathising with those who sustained injuries, Oladele urged motorists to ensure that their vehicles were in good condition before putting them on the road.

Also, Mr Kunle Ajibade, Area Commander of Ogun Traffic Compliance and Enforcement Corps (TRACE), admonished motorists to be patient and desist from acts that could lead to loss of lives and property.

Ajibade said that the vehicles involved in the accident had been cleared off the road by FRSC, TRACE and other sister agencies to ease free flow of traffic in the area.