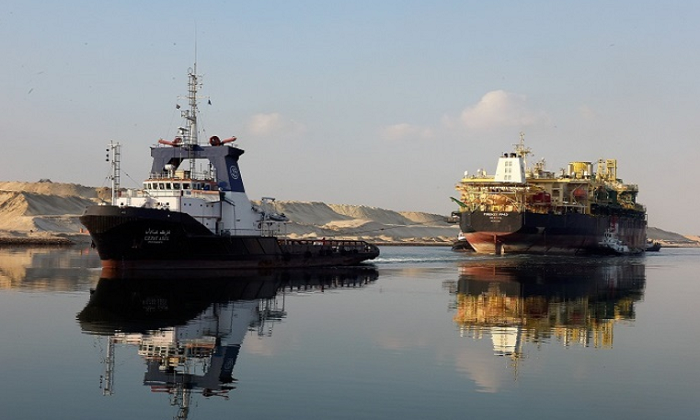 The Suez Canal Authority has advised shipowners that discharging wash water from open-loop scrubbers during transit in the waterway is strictly forbidden.

Based on the latest circular, the authority said that it “puts no conditions or restrictions on fuel oil or open-loop exhaust gas cleaning systems until the ratification of MARPOL Annex VI by the Arab Republic of Egypt.”

However, in a clarification of the circular, the canal authority explained that despite the lack of restrictions on fuel oil and/or open-loop scrubber until the ratification of the regulation, whenever that may be, discharge of the wash water from scrubbers shall not be permitted during vessel transit.

The announcement was confirmed by the Exhaust Gas Cleaning Systems Association (EGCSA) which has sought advice from Gulf Agency Company in Egypt on the matter.

This basically means that vessels can continue to burn and carry heavy fuel oil in the country’s waters, including the Suez Canal. Furthermore, the ships equipped with open-loop scrubbers can continue to use their systems in Egyptian waters but should switch them off when transiting the Canal.

Separately, the canal authority said that transit tolls will remain unchanged for all types of vessels, except dry bulk vessels and LPG carriers, which will see their transit tolls increase by 5%. The increase is scheduled to take effect as of April 2020.

The Suez Canal is a major lifeline for the global seaborne trade, through which 8.3% of the total global trade traffic passes, including approximately 25% of the total traffic of containerized cargoes, and 100% of the seaborne container trade between Asia and Europe.

In 2019, the canal accommodated 18,880 vessels, which translates in 1.2 billion tons of cargo accommodated through the waterway, reflecting an increase of 5.9% year-on-year.