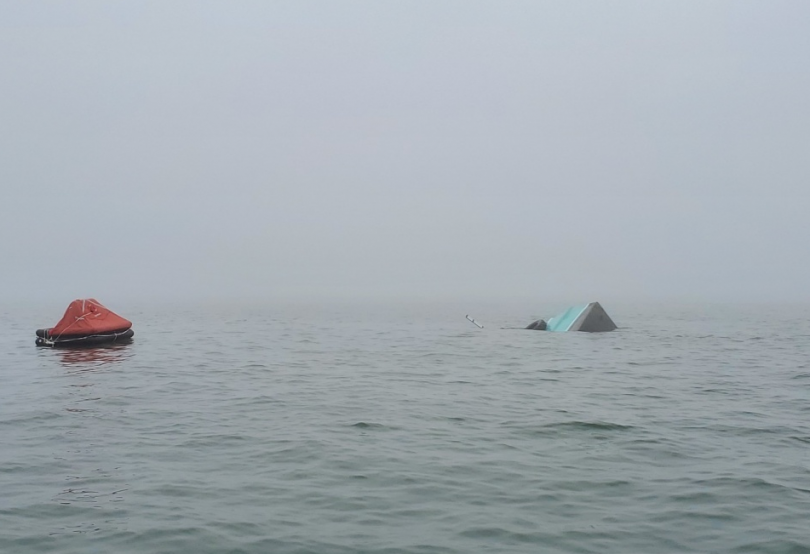 Approximately 500-feet of containment boom has been placed around the fishing vessel Pappy’s Pride that capsized following a collision with Odfjell’s chemical tanker Bow Fortune on January 14, 2020 in Galveston Texas.

Sheens of unrecoverable product have been reported in the vicinity of the capsized vessel and the maximum potential of the release is 14,000 gallons of diesel fuel, the US Coast Guard said in an update.

As informed, teams have been dispatched to the scene and are conducting shoreline assessments to determine impact.

“The Oil Spill Liability Trust Fund has been accessed to contract a local recovery organization to conduct clean-up of any recoverable product that has entered the water and remove any threat of pollution from the vessel,” according to the coast guard.

Salvage of the Pappy’s Pride is expected to be contracted through the fishing vessel’s insurance underwriters.

“A temporary safety zone has been established for waters near Galveston Bay Entrance Channel within 300-yards of the sunken fishing vessel. Vessel Traffic Service Houston-Galveston has directed no meeting or overtaking, with wake and surge considerations given for vessels transiting on the Houston Ship Channel between lighted buoys 7 and 9,” the Coast Guard added.

The cause of the collision is under investigation.

Confirming the collision, Odfjell said that at the time of the incident, Bow Fortune was inbound and under pilotage as the first vessel in a convoy, adding that there was heavy fog in the area.

To remind, out of four fishermen that fell into the water following the crash, two are still reported to be missing, while two have been pulled out of the water. Sadly, one of the rescued men was pronounced deceased despite life saving efforts.

The search for two fishermen from the 81-foot fishing vessel Pappy’s Pride continues. Search and rescue efforts have been conducted through aerial flights, shore patrols and maritime searches.

The 37,400 DWT Bow Fortune remains moored in Galveston, and its crew is reported to be safe and accounted for.

According to Odfjell, the ship’s integrity was intact and there was no pollution stemming from the ship.