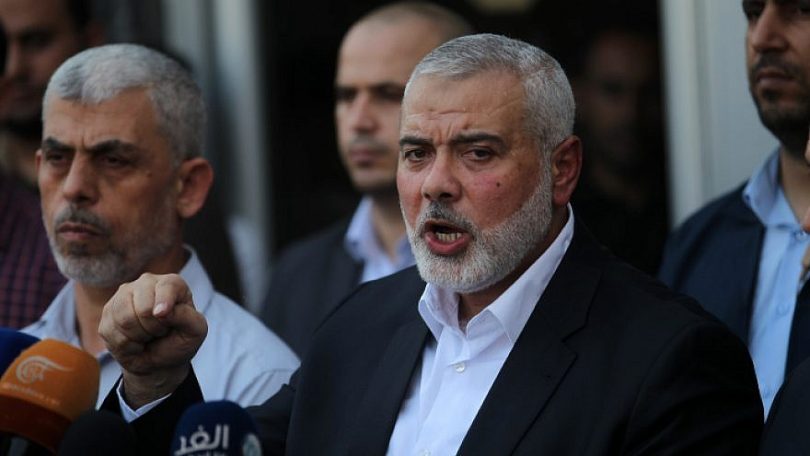 This source of the rift was Hamas political bureau chief Ismail Haniyeh’s surprise decision to lead a senior Hamas delegation to Tehran to attend Soleimani’s funeral.

While in Tehran, Haniyeh offered his condolences to the Iranian leadership and Soleimani’s family.Soleimani’s assassination caught Haniyeh during a visit to Qatar.

He left Gaza two weeks ago with special permission from Egyptian authorities, who have prevented him from traveling abroad for three years in an attempt to keep Iranian and Turkish influence from endangering Egypt’s efforts to calm the Gaza Strip and move towards national reconciliation between Fatah and Hamas.

Egyptian authorities set conditions on Haniyeh before allowing him to leave Gaza, and he pledged to comply. The conditions included a ban on travel to Iran or Lebanon and meetings with Iranian and senior Hezbollah officials. Haniyeh was also not permitted to participate in the Islamic Conference in Kuala Lumpur, Malaysia, which was attended by Iranian President Hassan Rouhani and Turkish President Recep Tayyip Erdoğan.

Haniyeh thus blatantly broke his pledge to Egypt by traveling to Tehran at the head of a Hamas delegation. He further violated the Egyptian terms when he publicly eulogized Soleimani, calling him “the martyr of Jerusalem.” The Hamas leader even kissed Iran’s Supreme Leader Ali Khamenei.

With respect to Israel. This would threaten the continuation of the reconciliation process between Hamas and Israel, potentially undoing all of Egypt’s efforts in this regard.

An Egyptian official told the Dar al-Hayat newspaper on Jan. 6 that Haniyeh had breached his promises to Egypt, and that the country’s leadership was not happy with him.

In violating the Egyptian conditions, the official said, Haniyeh is considered to have damaged not only Egypt’s security interests, but also its national honor.

In the Gaza Strip, there is a feeling that Egypt will settle accounts with Hamas, and especially with Haniyeh when he attempts to return to Gaza. It is still unclear when Haniyeh will return from his overseas visits, and it is quite possible that he will extend his stay abroad to buy time and wait until Egypt’s rage subsides somewhat.

Meanwhile, disturbing things are happening in Gaza. According to sources in the coastal enclave, an Egyptian security delegation canceled a visit to Gaza last week, and Egypt also raised the price of the cooking gas it provides to Gaza. This caused great anger in the Strip, and Gaza gas importers have decided to boycott Egyptian gas.

Furthermore, the Egyptian media, which for a long time has been restrained from badmouthing Hamas so as not to damage the good atmosphere between the two sides, renewed its attacks on the relationship between Hamas and the Muslim Brotherhood, which is considered a terrorist organization in Egypt.

The Egyptian media’s attack this time dealt with senior Hamas official Khaled Mashaal, who plans to run for the leadership of the organization.

Sources in Gaza believe that Egyptian intelligence is behind this revelation, and is trying to create a dispute between Mashaal and Haniyeh ahead of Hamas’s internal elections.

Maintaining ties with Hamas’s leadership is in Egypt’s national security interests. Egypt wants to achieve a lull in tensions in Gaza, and to prevent Hamas from renewing its relationship with Islamic State in the northern Sinai. However, Egypt apparently wants to teach Haniyeh a lesson and restore its wounded national honor. More Egyptian measures should therefore be expected to signal Egypt’s displeasure regarding Hamas’s renewed ties with Iran.