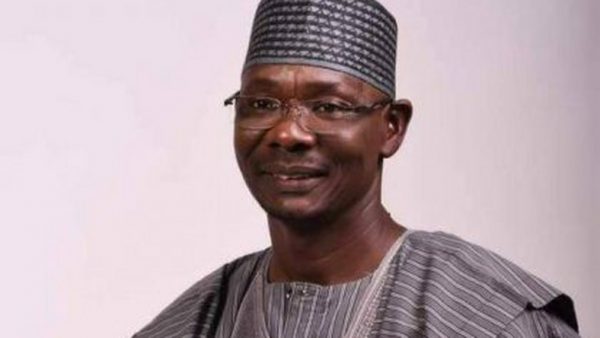 While the nation’s Attorney General, Malami may be exploring the legality of AMOTEKUN, the Nasarawa State Governor, Abdullahi Sule has announced the State adoption of community policing strategies in tackling its security challenges.

Sule however on Thursday, after a closed door meeting with President Muhammadu Buhari, at the Presidential Villa, said there were no plans for regional policing between the state and its neighbours.

He said he was in the Presidential Villa to brief the president on the security situation in the state and to thank him for approving the establishment of Police Mobile Force Training School in the state.

“The reason why I and my big brother, Gov. Samuel Ortom of Benue State, met recently was to look at the security challenges that we have at the border; particularly between the Tivs and the Alago nation and the rest of the people of Nasarawa.

“The good understanding that we have extended to the problem between the herders also and the anti-open grazing law they have in Benue which we have discussed in full details.

“Coming specifically to the issue of having a regional police, no, we strongly believe in Nasarawa that we have to start with community policing which we already have.

“We do have the community policing that which are empowering and hoping that down the line, it may go into state police, but for now we are looking at it at the community level.

“Maybe it will go to the local government level; village level and the rest of that; and those are the kind of people that we have; so far, so good for us.’’

He said that the security situation in Nasarawa had improved as kidnapping, banditry and armed robbery, among others had reduced significantly.

Sule expressed gratitude to the president for approving the siting of the Mobile Training School at the `Many Have Gone’ hills where the state had its greatest problem.

He said that the school would improve security and development in the area.

“So, that is something not only good for Nasarawa but for the entire country; that is the main route that people from Benue, Taraba, Cross River, Enugu and the rest of them follow to come to Abuja.

“So, for the establishment of such an institution there, we have to be very grateful to the president for approving the sitting of that school.

“As I passed there this morning, work has already started; we are very grateful to the Inspector-General of Police and the president,’’ he said.

He said his government was doing a lot in terms of infrastructure development in order to attract industries.

On agriculture, he said the state had made big strides as Azman and Dangote firms had acquired huge hectares of land for rice and sugarcane production.

The governor said that oil exploration in the state was at the initial stage but expressed optimism that commercial quantities of oil would be discovered at Keana Local Government Area of the State.

Meanwhile, prominent Yoruba leaders on Thursday called for synergy among regional security outfits in Nigeria to ensure better security and proper coordination in the country.

The call came at the second installation anniversary of Iba Gani Adams as the Aare Onakakanfo of Yoruba land, held at Ikeja, Lagos.

Joel Okei-Odumakin, President, Women Arise for Change Initiative, said that there should be synergy amongst regional security outfits irrespective of the names they were called or wherever they were formed.

“Let them ensure that those who are at the helm of affairs in term of security continue to network.

“They should have enough synergy in the way it is reported and coordinated so that at the end, they would take the score card and know where to put more efforts.

“This will also ensure better guarantee of lives and property,” she said

Odumakin also lauded the creation of ‘Amotekun’, the South-West regional security outfit, which she said was long overdue.

She said there was need for necessary support to ensure that Amotekun became a strong effective outfit complementing the security agencies in fighting crime and criminality in the region.

According to her, it will help to protect citizens more and complement community policing work of the Nigeria Police.

She said Amotekun was not created to compete with state police but to complement their roles in ensuring the security of lives and property.

She advised that Amotekun must not be used to heat the polity in the country,  saying that the country was already grappling with the pains of the colossal loss of lives and property in recent times.

“A life that is lost can never be brought back, that is why l support anything that can be done to protect lives.

“I do not want loss of lives again, it pains and breaks my heart each time a life is lost,” she said

Also speaking, Yinka Odumakin, Spokesperson of Afenifere, said that the Yoruba nation had accepted the Southwest regional security outfit to enhance security in the region.

Odumakin noted that Yoruba land was under siege, as such the regional security outfit had been overwhelmly accepted by the Yorubas.

According to him, the only condition for abolishing of Amotekun was the proscription of all other regional security outfits in Benue, Kano, Bornu, etc.