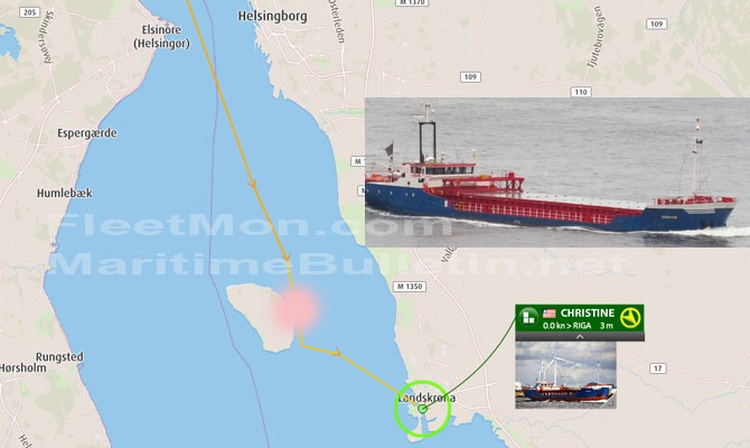 Pilot was transferred on board of freighter, which is en route from Denmark to Riga Latvia, she was taken to Landskrona Sweden, for investigation. Master was tested for alcohol, and found intoxicated.

Reportedly, he is arrested, CHRISTINE remained at Landskrona, as of 1800 UTC Jan 17 she was in the same position.

Several steel construction pontoons were lost overboard, remaining afloat and endangering traffic in the area. By Jan 17 reportedly, all pontoons were accounted for, and recovered.

The ship interrupted voyage and called port of Vigo, Spain, to fix remaining deck cargo and probably, take on board recovered pontoons. As of morning Jan 18, the ship was still berthed at Vigo.