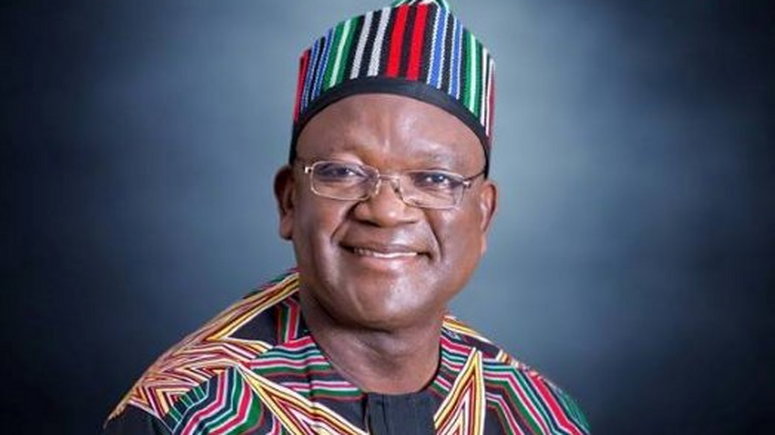 The Supreme Court on Tuesday in Abuja affirmed the election of Samuel Ortom as the duly elected governor of Benue.

The court in affirming his election dismissed the appeal filed by the appellants, Emmanuel Jime and the All Progressives Congress (APC).

The court in unanimous judgment delivered by Justice Silvester Ngwuta, held that the appellants failed to prove allegations made against the victory of Orton at the governorship election in Benue.

Ngwuta said that the petitioner’s appeal was dismissed for lacking in merit.

Jime had approached the Supreme Court to upturn the concurrent decisions of the tribunal and Court of Appeal.

The concurrent decision of the lower courts upheld the election of Ortom as duly elected Governor of Benue.

Jime’s appeal is anchored on alleged malpractices, over voting and non compliance with the electoral laws during the conduct of the Benue  governorship poll.

Similarly, the Supreme Court affirmed the victory of Ahmadu Fintiri as the duly elected governor of Adamawa.

The court in a unanimous judgment delivered by Justice Mohammed Dattijo dismissed former governor Jibrilla Bindo’s appeal seeking the sack of Fintiri as Governor of Adamawa.

Sen. Bindo, the candidate of the All Progressives Congress (APC) in the March 9 governorship election, challenged the emergence of Fintiri as winner of the poll.

Bindo asked the Supreme Court to set aside the concurrent decisions of the tribunal and the Court of Appeal which had dismissed his petition against the election of Fintiri for lacking in merit.

He predicated his appeal on alleged over-voting in 385 polling units, claiming that if the alleged illegal votes were deducted he would have majority of the lawful votes cast at the election to defeat the incumbent.

The court, however, said that the appellants could not establish his case of over voting.

“The number of votes cast must be more than accredited voters to show that there was over voting.

“The onus is on the petitioner to show that over voting was in favour of the respondent,” Dattijo said.

The seven member panel of justices of the Supreme Court concurred with both judgments.