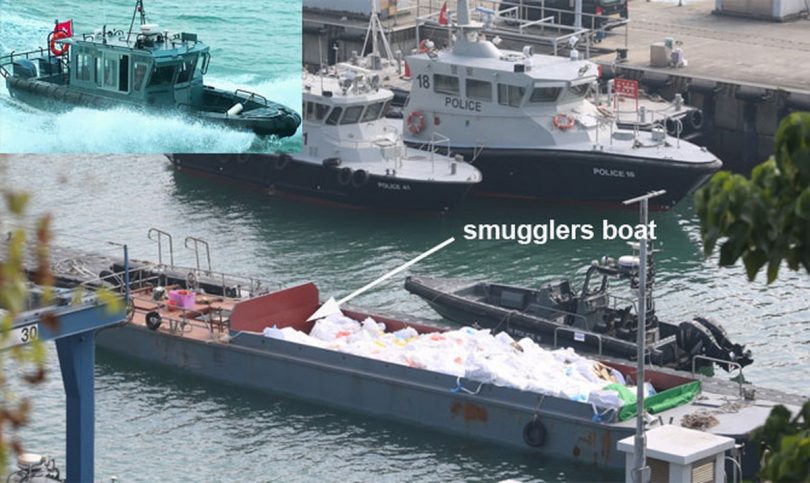 …As First case of deadly Coronavirus detected in Hong Kong***

Customs boat capsized, leaving 3 officers trapped inside cabin. Divers rescued them, but all 3 died later in hospital. 2 officers who weren’t inside cabin, survived.

Smugglers boat later was found and seized, with no people on board.

In the meantime, China’s special administrative region of Hong Kong has recorded the first case of the mysterious novel coronavirus, which was contracted by a man who visited the city of Wuhan.

The passenger of the Guangzhou-Shenzhen-Hong Kong Express Rail Link arrived in Hong Kong with signs of fever on Tuesday and was subsequently sent to the Queen Elizabeth Hospital for checkups.

The man told local health officials that he had visited Wuhan, while preliminary tests turned out to be positive for coronavirus, the media outlet added, citing a source.

Transport authorities reportedly ordered to disinfect a part of the terminal which the man visited and notified mainland China of the need to clean the train that the man took and that went back to China.

The epidemics of the new type of pneumonia broke out in Wuhan in late December.

It has been confirmed by China and the World Health Organisation that a new strain of coronavirus, called 2019-nCoV, is behind the outbreak.

The virus can be transmitted from human to human.

According to the latest data, the death toll from the coronavirus in China increased to nine people on Wednesday, while confirmed cases of virus reportedly climbed to more than 440.

Outside China, symptoms caused by the coronavirus have been detected in Thailand, Japan, South Korea, and the U.S.