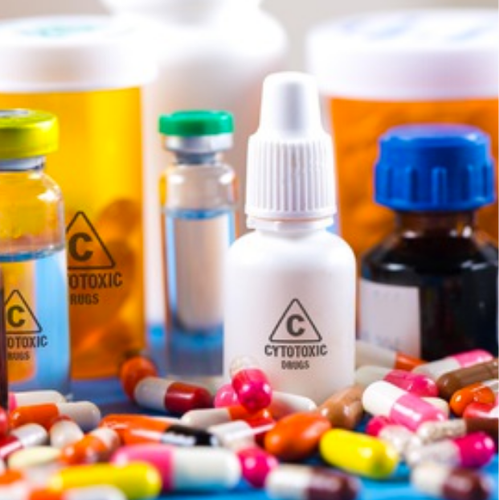 A Pharmacist, Mrs Esther Samuel of the Department of Pharmacy, University of Ilorin Teaching Hospital (UITH), has cautioned healthcare workers in the country on effective handling of cytotoxic drugs for cancer patients.

Samuel gave the advice on Thursday in Ilorin during her paper presentation at the monthly Grand Rounds of the UITH, titled: “Handling cytotoxic drugs in healthcare settings: a focus on the chemoSafe programme”.

She said that cytotoxic drugs are group of medicines that contained chemicals which are toxic to cells, preventing their replication or growth, and used to treat cancer.

She added that the aim of the presentation was to educate healthcare providers on risks associated with handling of cytotoxic drugs and to enumerate the recommendation for handling such agents.

“The World Health Organisation said there are about 18.1 million new cases of cancer in 2018 and Africa account for 5.8 per cent of this number.

“The treatment for many of cancers rests on the use of drugs that are toxic and potentially harmful to patients and workers who are exposed to them,” she said.

She, however, explained that for patients, the benefit of these treatments outweighs the risks, but that for health workers exposed to these treatments, there were risks of harm without balancing benefits.

Samuel observed that the first study that found evidence that health workers who handled anti-neoplastics may have an exposure risks was published in 1979.

“Nurses who handled and mixed anti-neoplastics had higher amount of mutagenic substances in their urine, compared to workers who are not,” she said.

She added that workers with potential exposure to hazardous drugs to include Physicians, Haematologists, Surgeons, Ophthalmologists, Pharmacists, Nurses and operating room personnel.

The pharmacist listed some of the activities that expose health workers to risk to include crushing or splitting tables or opening capsules and compounding potent powders into custom dosage capsules.

Others are contacting measurable concentration of drugs present on drug vial exteriors, work surfaces, floors and final drug products such as bottles, bags and syringes.

She, however, said that exposure could be minimised administratively by changing the way people work, organising the work in such a way that the duration of exposure and number of employees exposed are reduced and incorporating safe work practices into standard proxudres.

Samuel said other precautions are educating and training staff in accordance with these procedures and reviewing performance periodically.

She also recommended that there should be a dedicated area with proper flow of activities from dispensing and compounding administration.