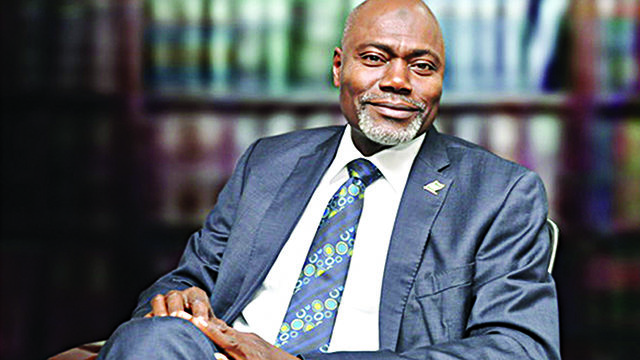 A Senior Advocate of Nigeria (SAN), who defended the setting up of Hisbah in Kano during Chief Olusegun Obasanjo era,  Mr Yusuf Ali has cautioned Nigerians and other individuals against politicising security-related issues in the country.

He also appealed to those trying to score undue political gains from politicising security issues to desist henceforth in national interest, just as Osun State Governor, Oyetola, said politicising AMOTEKUN security outfit on the altar of religion and ethnicity would be unhealthy, dangerous and counter- productive.

Ali made the appeal on Wednesday during a news conference in Ilorin, noting that the Federal government had through a statement issued from the office of Minister of Justice and Attorney General of the Federation, Mr Abubakar Malami, declared the Southwest regional security outfit, codenamed “Operation Amotekun”, illegal.

Ali said the establishment of Operation Amotekun has become imperative as it was based on the issue pertaining to security of lives and property, which he said it is not negotiable.

The legal luminary said that increasing security threat was enough for the government at the centre to support the initiative of the six South West governors to curb the menace.

Ali, who likened ‘Operation Amotekun’ to security initiative in some states across the country, berated the declaration of the South West security network as illegal.

He said the security outfits of South West nature exist in parts of the country with different names, adding that the noise that trailed the launch of Amotekun was unnecessary.

“I was the lawyer that defended the setting up of Hisbah in Kano during the time of (former President Olusegun) Obasanjo.

“Even some of Hisbah officers that were charged to court, based on our argument that it was unconstitutional, were discharged and acquitted by the court, and up till now, Hisbah is still functioning and working well in Kano.

“In any event, this outfit exists in different parts of Nigeria in different names; vigilante, JTF and all those things,’’ he said.

Meanwhile, Gov. Gboyega Oyetola of Osun has said that the raging debate over the launch of the South West Security Network, codenamed “Operation Amotekun” is a healthy and welcome development.

Oyetola, however, said politicising the security outfit on the altar of religion and ethnicity would be unhealthy, dangerous and counter- productive.

The governor said this in a statement issued by his Chief Press Secretary, Ismail Omipidan, on Wednesday in Osogbo.

According to him, Amotekun is a collective response by the South-West zone to the spate of armed banditry, rape, kidnappings and other violent crimes that have suddenly become a past time in the zone.

Oyetola noted that for anybody to claim that it was an agenda against a particular faith or adherent of a particular religion was not only preposterous, but also in bad taste.

Besides, the governor said that the state government had not embarked on any recruitment into the security outfit.

“For the records, no recruitment has been carried out so far, especially in our dear Osun State.

“Therefore, we should not constitute ourselves into opposing a project we all clamoured for in response to existential threats for which some of the governors in the region have been called out and vilified in the past.

“Rather, we should rally support for Amotekun by coming up with strategies to fine-tune it with a view to bridging any communication gap between the Federal Government and the South-West governors over the security outfit.

“Section 14(2)(b) of the 1999 Constitution (as amended) is clear that the security of lives and property of citizens as well as their welfare is the primary purpose and responsibility of government, be it state or federal”, the governor said.

Oyetola expressed his administration’s commitment to protecting the citizens, adding that every reasonable and responsible individual in the state indigene must join government’s collective resolve to protect the lives and property of the citizens.