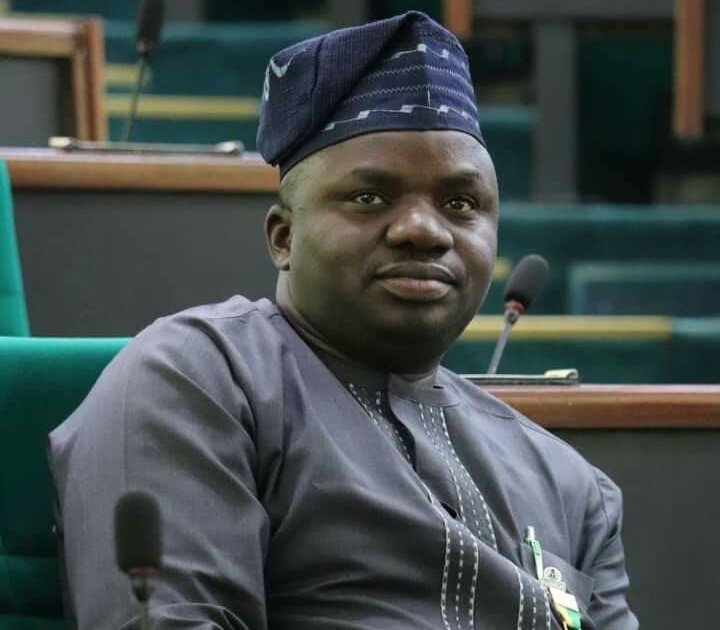 A Member representing Bokkos/Mangu Federal Constituency of Plateau in the House of Representatives, Bulus Maren, has condemned the brutal murder of a 100 level student of University of Maiduguri by Boko Haram terrorists.

Maren in a statement made available to newsmen on Wednesday in Jos, said the victim, Ropvil Daciya Dalep, was from Pankshin Local Government Area of Plateau.

“We received with deep shock, the brutal  execution of a young and vibrant Plateau boy with a great future, Mr Ropvil Daciya Dalep, by the dreaded Boko Haram terrorists.

“Late Daciya, 22 , a student of Biology Education in the University of Maiduguri, was kidnapped on Jan. 9.

“He was kidnapped along with 20 year-old Lilian Daniel Gyang, a 100 Level Student of Zoology, from Unimaid who hails from Foron District, B/Ladi Local Government, Plateau.

“One other hostage kidnapped along with these innocent children of Plateau was released leaving our Lilian and late Daciya in captivity,” he said.

The lawmaker said that while they were still celebrating the release of Jennifer Ukambong and George Danbaba from Bokkos and Kanke respectively,  they were hit by the murder of Daciya.

“We received a shocking video from the insurgents of the execution of the  student.

“This video of the killings of late Daciya is condemnable, barbaric, inhumane and high level of wickedness against humanity.

“My heart bleeds and tears ran down my cheeks when I saw the video clip of a teenage boy killing his fellow brother.

“What pains more, is that in October 2019, we watched the execution video of our beloved brothers; Mr Lawrence Duna Dacighir and Godfrey Ali Shikagham, both carpenters from Mangu local government area,” he said.

Maren called on the Federal Government and security agencies to brace up to their obligation to prevent further loss of lives.

He demanded unconditional quick release of Miss Lilian Gyang and Abdulhamid Bashir from Kanam, who were abducted in November 2019.

He commiserated with the family of  late Daciya, the Mupun nation and Pankshin Local Government.

The Rep. also commiserated with all those who lost their loved ones to such dastardly act including the family of Chairman , Christian Association of Nigeria (CAN) Rev. Lawan Andimi of Adamawa.

In the meantime, over N17 million worth of rice farmland has been destroyed by grazing activities of cattle in Oji-Agu axis in Akpugo community in Nkanu East Local Government Area of Enugu State.

Briefing newsmen on the massive destruction of the rice farmland in Enugu on Wednesday, Mr Ekene Uzodinma, the Manager of Excellent Integrated Farms Ltd., said that herds of cattle had eaten up over eight hectares of farmland that the company cultivated.

Uzodinma lamented that the herds also devoured some heaps of unprocessed paddy rice kept in the farmland, which was waiting to be sent to the milling machine.

“From the market value of local rice now, the eight hectares should produce at least 80 tonnes of rice as a finished product and it is nothing less than N17 million in evaluation,’’ he said.

“Presently, my workers, other farms and villagers are afraid to go to the farms again due to the unrelenting activities of the herds; while the herdsmen are threatening to brutally deal with anybody stopping their cattle from grazing.

“Initially, we tried our best to wade them off, especially during the rainy season and the swampy nature of the rice farm also kept the herdsmen and their herds away.

“However, when we started harvesting and the dry season rolled in; in early December, we were constantly chasing them away until Dec. 15; when they started coming into the rice farmland during the late evening and night hours.

“On that fateful, I was summoned to the farm by my workers at about 7 p.m., when they were overwhelmed in chasing hundreds of cattle away and before the next morning they had eaten up and totally devoured and devastated the whole rice farm,’’ he said.

Uzodinma said that he had written twice to the state governor, police commissioner, other security agencies and Farmers/Herders Peace Committee for about a month now but there was no response and no phone call from these quarters.

“It is only the Nigeria Security and Civil Defence Corps  that came to the scene of the devastating and anger-provoking farm to ask some questions, took some notes and pictures,’’ he said.

He, however, said that he was exploiting diplomatic means to seek redress and get the authorities to intervene, especially as the company planned to cultivate 200 hectares of farmland in the state this year by involving no fewer than 100 youths in agriculture.

“It is shocking that we do not have political authorities and law enforcement agencies that really care about the people as activities of these herdsmen and their cattle have made many villagers not to go to farm any longer.

“Why should herds of cattle graze at night. Why should large number of herds be controlled by underage youth.

“What is the fate of farming and government’s  plan to return youths and people to the farm in the state and boost the state economy through farming.

“What is the fate of various Federal Government farming intervention programmes as the farms are no longer safe for our people,’’ he queried.