A Chief Magistrates’ Court in Ebute Meta, Lagos on Friday, ordered that two men who allegedly robbed and murdered the wife of the Managing Director of Maersk Nigeria, be remanded in Kirikiri Correctional Centre, pending legal advice.

Chief Magistrate A.O. Komolafe, who did not take the plea of Oke and Akande, ordered the police to return the case file to the Lagos State Director of Public Prosecutions.

She adjourned the case until March 26.

Earlier, the Prosecution Counsel, ASP A.A. Adegoke, counsel from State Criminal Investigating and Intelligence Department, (SCIID), Panti, told the court that Oke and Agande committed the offence on Dec. 8, 2019, at about 7.30p.m., at Flat 7A, No. 2, Luggard Avenue, Ikoyi.

He alleged that they conspired and robbed a couple, Mr Gildas and Mrs Bernadett Tohovo-Tohovo. 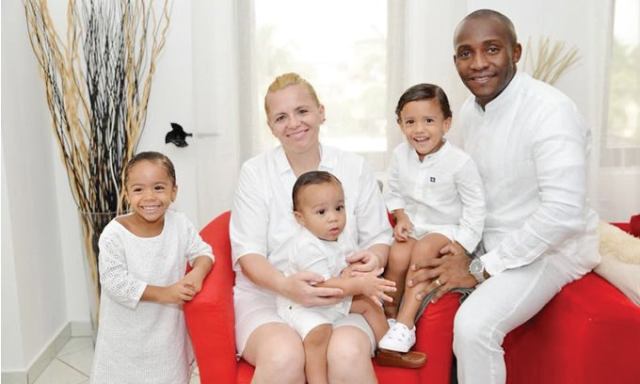 The prosecution alleged that Oke and Akande, cut off electricity from the couple’s house and broke in.

He alleged that they raped Bernadett, stabbed and suffocated her to death before proceeding to stab Gildas on his neck with a knife, but he survived the wound.

He said that they stole hard currencies, N48,790 and two iPhones belonging to the deceased, he said.

In another development, the Oyo State Police Command also on Friday, vowed to fish out the killers of a trado-medical practitioner, Alhaji Fatai Yusuf, popularly known as ‘Oko Oloyun.’

The convoy of the deceased was attacked on Thursday on the Igbo-Ora-Eruwa road by gunmen who shot at his convoy from a thick forest, with a bullet fatally injuring him.

He was said to have later died from the injuries caused by the bullet.

A statement by the Police Public Relations Officer (PPRO) in the state, SP Olugbenga Fadeyi, hinted at a nexus between a fire incident in his Lagos office, ostensibly to cover up suspected fraud, and the attack.

“The report of Yusuf’s death was received by the Divisional Police Officer (DPO) Igbo-ora that the two -car convoy of the deceased was allegedly ambushed shortly after passing through five different police stop and search teams along Igbo-Ora road by yet to be identified assailants who fired at the moving vehicles on the road from the thick forest.

“The two-man armed escorts of policemen protecting the deceased engaged the assailants, but they managed to escape back into the forest after a single shot had hit the deceased who died later of his bullet injuries.

“Some of his staff and two police escorts are being questioned by a team of crack detectives from the homicide section of State Criminal Investigation Department( SCID), Iyaganku, Ibadan, with a view of finding and apprehending the fleeing suspects who committed the heinous act,” Fadeyi said.

He said the police in the state were working with other police formations and units to ensure that the directive of the Inspector General of Police, Muhammed Adamu, to unravel the killers was complied with.

The spokesman also said that the Commissioner of Police, Shina Olukolu, had promised to bring the culprits to justice within the shortest possible time.

Fadeyi said Olukolu, however, appealed to members of the public with credible information not to hesitate in passing it to the police to assist it in the apprehension of the assailants.