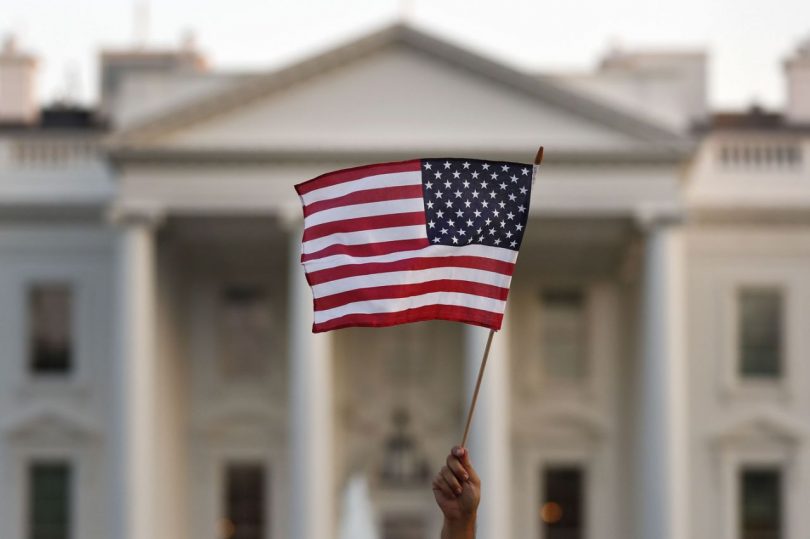 On Thursday, the Department of State announced amendments to some visa regulations aimed at curtailing what is known as “birth tourism’’ in the United States.

Birth tourism is a practice whereby pregnant foreign nationals travel to the U.S. to give birth for the purpose of obtaining American citizenship for the child.

The updated rules, which came into force on Friday, apply to pregnant applicants for B-1 visa meant for business visits, and B-2 visa for pleasure, tourism and medical visits.

Under the new policy, pregnant women applying for either of the two visa types have to convince consular officers that they are travelling to the U.S. to give birth for reasons other than obtaining American citizenship for the child.

Before now, traveling to the U.S. to give birth for the purpose of obtaining citizenship for a child, otherwise known as “birth tourism” was a permissible basis for the issuance of a B non-immigrant visa.

“The Department does not believe that ‘birth tourism’ is a legitimate activity for pleasure or of a recreational nature,” the policy document stated.

The President Donald Trump administration says the new rules are aimed at checking “endemic abuses’’ of the visas and protecting the U.S. from attendant national security risks.

Under the U.S. Constitution, anyone born in the country automatically becomes a citizen, a policy that Trump condemns for producing what he calls “anchor babies’’ and birthright citizenship.

The new regulations also apply to B-2 visa applicants seeking medical treatment in the U.S. Henceforth, they must also show proof of their arrangements for such treatment and prove their ability to pay all associated costs.

On Thursday afternoon, a senior state department official gave further insight into the new changes during a background media briefing on the via teleconference.

The excerpts of the question and answer session:

Question: How exactly are consular officers going to determine whether a person’s primary purpose of traveling is to give birth?  Will you be asking all women who appear to be of childbearing age whether that is their intention?

Answer: This will not be a question that officers are asking all female applicants. They were expressly told that they should not be including this as a question to ask all female applicants. Officers would only raise this topic of primary purpose if they have a specific reason to believe that an applicant is pregnant and planning to give birth in the United States. At that point, the officer would have to determine what the primary purpose of travel is.  In other words, is it to give birth in the United States to obtain U.S. citizenship for a child? Or is it some other rebuttable presumption, rebuttable reason that they would provide for giving birth in the United States?

All of our visa interviews for non-immigrant visas, for B-1/B-2 visitor visas, are conversations between the adjudicating consular officer and the applicant to determine eligibility for a visa, and our officers are highly trained professionals who already deal with a number of sensitive topics during visa interviews.  And all applicants must currently demonstrate a credible, permissible purpose of travel.

Question: Could you get into more specifics of what that specific reasons might be, given that they are not allowed to ask explicit questions if a woman is pregnant or not? The White House has pointed to a national security concern behind this rule change.  What specific concerns were those?

Answer: The most basic way would be that the applicant themselves notes on their visa application form that their purpose of travel is for medical treatment. That would then obviously lead to a conversation over what type of medical treatment the applicant is seeking. Those are conversations that happen every day already as we determine that applicants overcome the presumption of immigrant intent and that they have the financial ability to pay for whatever treatment it is they’re seeking.

With regard to the national security concerns, first off, we would say that obviously, travel for this purpose is incompatible, we feel, with temporary travel for pleasure on a visitor visa.  Permitting short-term visitors with no demonstrable ties to the United States to obtain visas to travel to the U.S. primarily to obtain U.S. citizenship for a child creates a potential long-term vulnerability for the United States. As noted in the rule, foreign governments or entities, including entities of concern to the United States, may seek to benefit from birth tourism for purposes that would threaten the security of the United States.

This is a stark difference between aliens using a temporary visitor visa for the purpose of obtaining U.S. citizenship for their children and the extensive requirements applicants must meet to immigrate and naturalise to become U.S. citizens. The previous regulation failed to address the national security vulnerability and this is why we have made the change.

Answer: As to the questioning, I would just note every visa case is unique.  The interview questions are tailored to the circumstances of each applicant.  As I noted, consular officers have been directed not to ask all female applicants if they are pregnant or intend to become pregnant.  What we are driving at here is what the actual primary purpose of travel is.  Officers would only raise this topic if they have a specific, articulable reason to believe that a visa applicant may be pregnant and planning to give birth in the United States.

All visa applicants have to demonstrate, to the satisfaction of the consular officer, that they are qualified for the visa for which they are applying. We are committed to treating all applicants fairly and with respect. Our officers are highly trained professionals who already deal with a number of sensitive topics.

Question: How are consular officers going to determine the costs of certain medical treatments to evaluate if they think an applicant could afford those costs?

Answer: The process for how we assess an applicant’s ability to pay for medical treatment is not impacted by this rule.  We are already determining, as part of our visa interview, as part of an applicant’s sort of overall eligibility for a B1/B2 visa, that medical treatment costs would be covered by the applicant, that they have the ability – financial ability, in some way to do that.

Question: To reiterate what a previous colleague said, visual cues can be used as part of a consular officer’s assessment.  Is that correct?  You said the totality, so that seems to include visual cues.

Answer: There is no change in the rule that would regulate the questions consular officers could ask from one day to the other.  So, this would be tied up in the natural, normal conversations that occur in visa interviews.  I would simply highlight that the change from our current regulations to this regulation and how we operationalise these interviews is adding a prong for the actual purpose of travel.  In other words, because an applicant is pregnant, because an applicant wants to give birth in the United States, does not mean the applicant will be refused the visa.  It is the third prong that this rule changes, which is what is the reason you want to go to the United States to give birth?  We have always, in cases where applicants are pregnant and have a desire to give birth, done a calculus to determine their eligibility for the visa based on (1) are they an intending immigrant to the United States and (2) will they be paying for their own – for their medical treatment or will the cost be covered in some other way?

The U.S. government has no records of the number of women who travel to the U.S. specifically to give birth or the number of babies born to visitors each year.

But the Centre for Immigration Studies, a group that advocates stringent immigration laws, estimated that 36,000 female foreigners gave birth in the U.S. and then left the country.