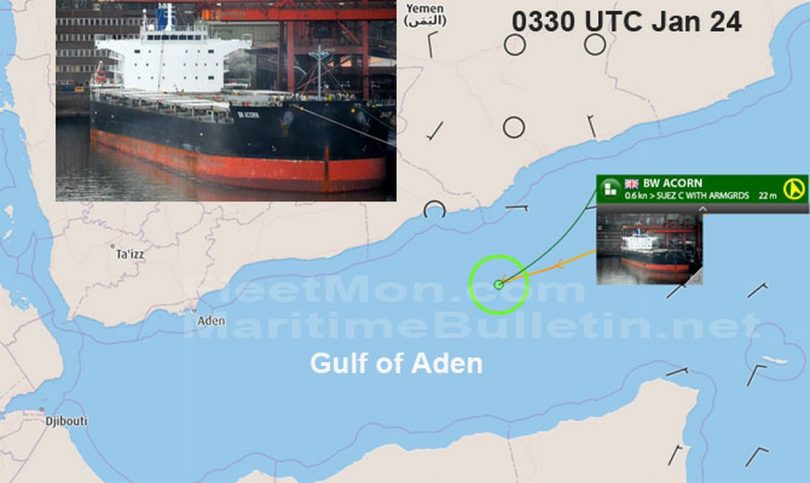 A fire broke out onboard a Panamax bulk carrier while the ship was sailing in the Gulf of Aden.

The incident involving the 82,600 dwt BW Acorn — operated by Denmark’s BW Dry Cargo — occurred in the morning hours of January 24.

At the time of the incident, the bulker was en route to the Suez Canal.

The ship’s crew members managed to put the fire out several hours later.

“There was a fire onboard BW Acorn today, which was contained within the engine room. Our Captain and crew are safe and accounted for, and no injury was reported,” a BW spokesperson confirmed to World Maritime News, adding that the incident is now under control.

“We will launch a full investigation the cause of the incident; and our immediate priorities are the safety of our crew and responders on the scene, and minimizing any impact on the environment.”

Built in Japan in 2010, BW Acorn flies the flag of the Isle of Man. BW Acorn, previously known as Meteor, became the first ship in BW Dry Cargo’s fleet when the company was founded in 2016.