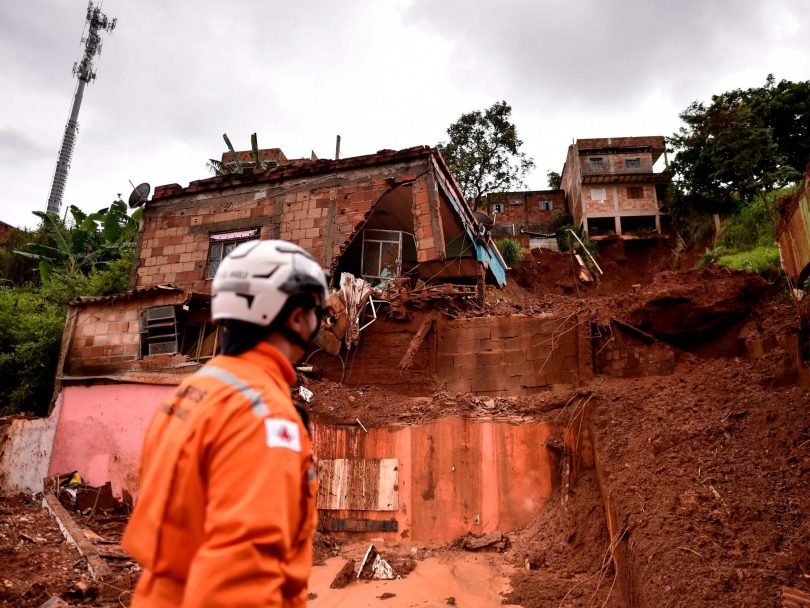 …As At least, 38 die in Turkey quake, while rescue efforts continue***

The country’s emergency services made this known on Sunday in reports by local media.

Another 25 people were missing and a dozen injured by the severe weather, which forced more than 13,000 residents to leave their homes.

The state government has a declared a state of emergency in 47 towns and cities, including the regional capital Belo Horizonte.

Authorities warned there was a risk of further landslides, which have already washed away several apartment buildings.

In one instance, a family of five who left their Belo Horizonte apartment during the torrential rains and floods were buried after moving back to their home on Friday evening. None of them survived.

According to the Brazilian weather service Inmet, the heaviest rains in 110 years have been recorded in Belo Horizonte. On Friday, 171.8 litres of rain per square metre fell within 24 hours.

One year ago a dam operated by Vale ruptured in Brumadinho, located in Minas Gerais state, unleashing a sea of toxic sludge and killing 270 people.

Meanwhile, the death toll from a magnitude-6.8 earthquake in the eastern Turkish city of Elazig rose to 38 on Sunday, Turkish catastrophe agency Afad said as rescuers were still searching for survivors.

A total of 45 people have been rescued since the quake struck on Friday evening, Turkish Vice President Fuat Oktay said.

According to the CNN Turk broadcaster, at least two people were still missing, with hopes fading that they would be found alive.

More than 1,600 people were injured, according to official figures.

Health Minister Fahrettin Koca said on Sunday that more than 100 people were still being treated in hospital, 13 of them in intensive care.

Rescue services were still looking for survivors on Sunday in temperatures below freezing in the mountainous region.

A total of 700 aftershocks have been registered since the main earthquake, according to Afad.

The epicentre of the quake was in the district of Sivrice. As well as Elazig, people also died in the neighbouring province of Malatya.

Many residents in Elazig, with a population of nearly 600,000, refused to go back into their houses on Saturday night for fear of aftershocks and instead slept in temporary housing.

About 5,000 tents had been set up and around 15,000 people were being housed in sporting facilities, Interior Minister Suleyman Soylu said, according to state news agency Anadolu.

A total of 645 buildings were seriously damaged and 76 had completely collapsed.

Turkey has suffered devastating earthquakes in the past, including one near Istanbul in 1999 which killed more than 17,000 people in the greater region.