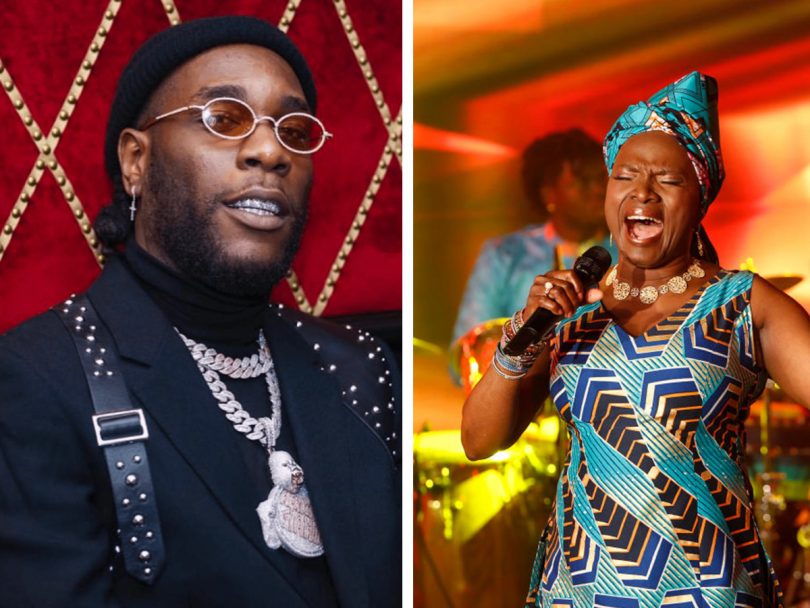 The 62nd Annual Grammy Awards ceremony, acclaimed to be world’s most prestigious music honours, held on Sunday night at the Staples Center in Los Angeles, U.S.

The highly coveted Best World Music Album is an honor presented to recording artists for quality albums in the world music genre at the grammy.

Kidjo, now  with her fourth Grammy win overall in the category, is a 59-year-old singer-songwriter, actress and activist noted for her diverse musical influences and creative music videos.

She is known for her hit songs “Agolo”, “We We”, “Adouma”, “Wombo Lombo”, “Afirika”, “Batonga” and “Celia”, which clinched the fourth Grammy for her and  was  named “Africa’s premier diva” by Time magazine in 2007.

During her acceptance speech, Kidjo dedicated the award to Burna Boy and celebrated a new generation of African artists coming up to represent the continent.

“This is for Burna Boy,” she said, lifting up her award to cheers, and declaring the “African Giant” as part of the new generation of African musicians that are changing global perception of Africa and its music.

“Four years ago on this stage, I was telling you that the new generations of artists coming from Africa gonna take you by storm and the time has come,” Kidjo said.

A win for Burna Boy would have made it the second time a Nigerian would be returning home with the Grammy plaque, as Sikiru Adepoju is the only Nigerian to have won a Grammy.

Adepoju won it in 2009 with the “Global Drum Project” a collaborative album with Mickey Hart, Zakir Hussain and Giovanni Hidalgo.

Burna Boy in 2019, won Best International Act at the 2019 BET Awards, and was also the Apple Music’s Up Next artist.

The Annual Grammy Awards ceremony, now in its 62 edition, recognises the best recordings, compositions, and artists of the eligibility year.

Billie Eilish 18-year-old American singer and songwriter, swept the top awards of the 2020 Grammy, winning Album of the Year, Record of the Year, Song of the Year and Best New Artist.