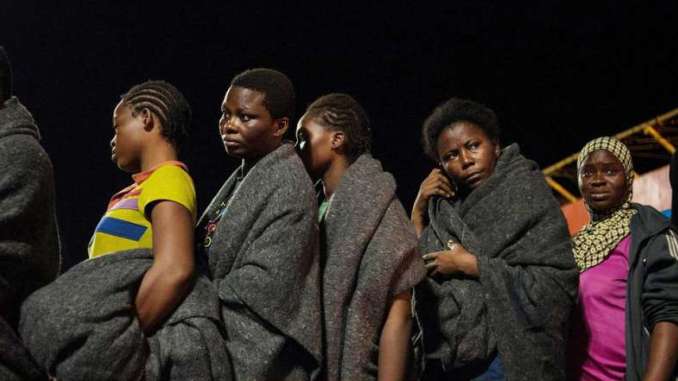 The Service Public Relations Officer, Mr Sunday James made the disclosure on Sunday in Abuja, noting that the girls were on their way to Cairo, Dubai and Oman on Emirates and Egypt airlines.

According to him, three of the girls were on Emirates airline to Dubai while four were aboard Egypt airline to Cairo and Oman.

He commended the NIS Comptroller in charge of the Airport command, Mr Usman Abdullahi and his officers for doing a good job and urged the NIS officials not to relent as the activities of human traffickers and smugglers must be discouraged and halted through aggressive intelligence gathering.

“This would also be done through proactive operations and surveillance mounted to dissuade the organised crime from flourishing,” he added.

The Comptroller General, NIS, Mr Muhammad Babandede assured Nigerians that the service would not relent in its efforts in keeping a safe border to ensure a safe Nation in the pursuit of it statutory mandate.

“NIS has upgraded facilities to checkmate irregular human mobility and will do everything to justify the support and commitment of the Federal Government to making the service a world class service.

“This would however help us to compete with others in the exhibition of best global practices even as the e- solutions are deployed, the MIDAS , Risk analysis cell, i- 24/7 INTERPOL facilities, E- pars, passport and visual control, among others, ” he said.

The NIS operatives had earlier apprehended nine girls on Jan. 25, who were on their way to Lebanon, Cairo, Dubai and India on Ethiopian, Peace, Egypt and East Airlines.

In another development, the Nigeria Customs Service (NCS) Federal Operations Unit, Zone B, has impounded three trucks carrying cartons of sweets, green tea and cosmetics smuggled into the country.

This was contained in a statement issued by its Controller, Mr Mustapha Sarki-Kebbi in Katsina on Sunday, saying the vehicles were arrested on Jibiya-Agangaro, Gurbinbaure and Katsina-Kano roads, a week ago.

The controller listed other items seized as: 1,577 bags of foreign rice, 207 Jerry cans of vegetable oil and 65,800 bales of textile materials.

He noted that all the seized items had Duty Paid Value (DPV) of N399.4 million.

The controller revealed that the seizures were made across the entire zone between Jan. 1, and 23, 2020.

He reiterated the unit’s determination to continue its fight against smuggling of prohibited items into the country.

“We are appealing to the general public to embrace legitimate means of livelihood and to avoid smuggling in all its ramification.”