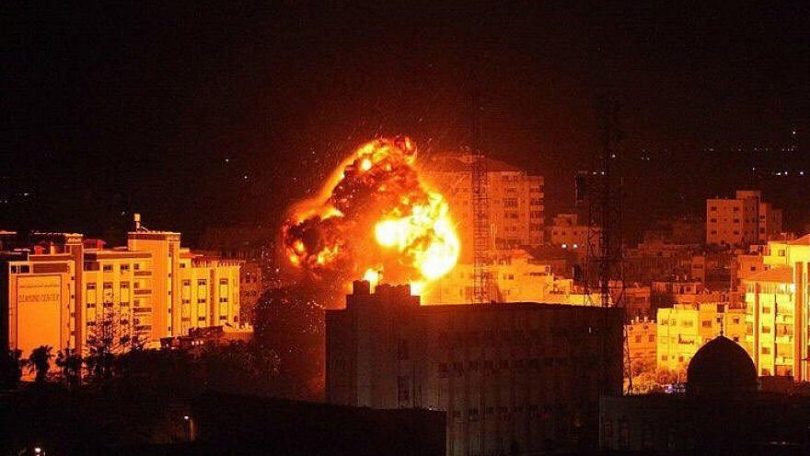 The Israeli military struck multiple Hamas targets in the southern Gaza Strip on Sunday night after a rocket from Gaza landed inside Israel, the Israel Defense Forces said on Sunday.

The rocket landed in an open field, and no casualties were reported on either side, according to the IDF.

Video footage from the border area appeared to show anti-aircraft fire directed against the Israeli aircraft conducting missions over Gaza.

According to the IDF, targets in Gaza included a weapon-manufacturing depot and a military post.

“The Hamas terror group is responsible for everything that occurs in the Gaza Strip and will bear the consequences for terror attacks against Israeli citizens,” said the IDF.

Hamas has said that it is not responsible for the balloons, though it did not condemn them.