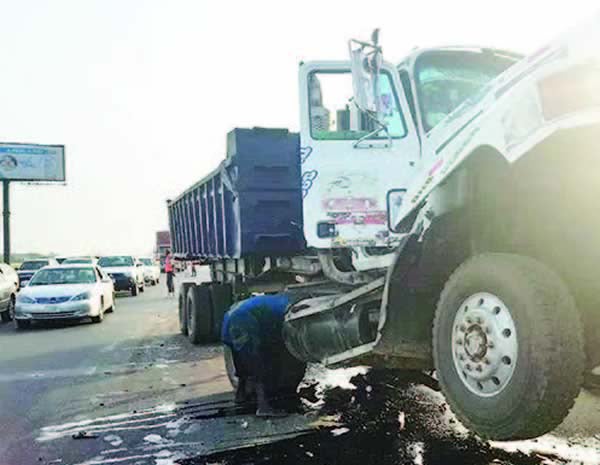 The Federal Road Safety Corps (FRSC) in Bayelsa has confirmed that three persons died in an accident involving a tipper truck and a tricycle on Tombia-Amassoma Road, Yenagoa in Bayelsa.

The Bayelsa FRSC Sector Commander, Mr Ikechukwu Igwe, told the newsmen on Tuesday, that the accident occurred on Monday night.

“The command has confirmed the crash and that, three persons died in the accident. We heard the incident, but before we could get to the scene, men of the Nigeria Police were already there.

“They have deposited the bodies of those that died in the mortuary in the hospital,” he said.

An eye witness, Mrs Aqua Akpuruku, said that the tipper lost control and crashed into the tricycle conveying the driver and three passengers.

“The passengers comprised three males and one female. However, one of the male passengers escaped as he jumped out of the tricycle.

“So, the driver and two others died in the accident.

“It is a sad occurrence and pathetic. May their souls rest in peace,” she expressed.