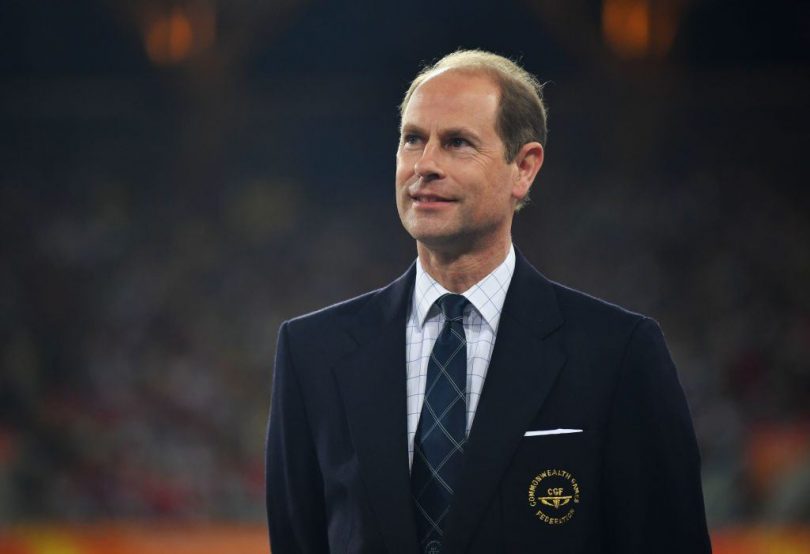 Prince Edward, the Earl of Wessex, and Lagos State Governor, Babajide Sanwo-Olu, have indicated that apart from formal education, there is the need for informal learning by youths.

Speaking during a courtesy visit to Sanwo-Olu at Lagos House, Ikeja, the Earl of Wessex said that he was in Nigeria to support the Duke of Edinburgh International Award, licensed in the country as the International Award for Young People Nigeria.

Prince Edward is the youngest child of Queen Elizabeth II and Prince Philip, Duke of Edinburgh.

Prince Edward said that there were many young people in Nigeria who had no work to do, hence, should be encouraged to take up informal education to develop skills.

He said that it was not just about formal education, hence, government had a role to play to provide the necessary encouragement for informal education.

Prince Edward emphasised that the Duke of Edinburgh International Award was providing many opportunities for the youth in Nigeria and many other countries.

He said that government and employers of labour needed to recognise and encourage non-formal education, as it would improve the economy.

The Earl of Wessex was accompanied by the British Deputy High Commissioner, Harriet Thompson and the Chairman of the Award’s board of trustees in the country, Wale Edun, a Trustee, Doyin Abiola and the Award’s Regional Director Africa, Edwin Kimani,

While introducing the Award to the governor, Edun, commended Sanwo-Olu administration’s investment in education and technology.

He said that the award was the premier platform globally for non-formal, co-curricular outside the classroom learning and had been of tremendous value around the world and in Nigeria.

Founded by the Duke of Edinburgh in 1956, the award is available to all young people aged 14 to 24 years, and equips them with life skills, regardless of their background, culture and physical ability.

He sought the support of the state government in the provision of internet access for youths participating in the award to enable them share their works with their International counterparts.

Responding, Gov. Sanwo-Olu commended the Royal Family for the many charitable organisations which were positively impacting many lives.

He said that the public schools in Lagos State had started imparting similar informal knowledge so as to diversify their learning.

According to him, with out of school or informal activities, young adults can develop, compete globally and take charge of their environment and their future by themselves.

In the meantime, Governor Babajide Sanwo-Olu has highlighted that the Lagos State Employment Trust Fund (LSETF) actually disbursed N7.3 billion in loans to beneficiaries in the last four years.

Represented by the Commissioner for Wealth Creation and Empowerment, Mrs Yetunde Arobieke, Sanwo-Olu said that since its inception four years ago, LSETF had supported about 17,000 individuals across the Loan, Employability and Lagos Innovates programmes.

The governor said that these 17,000 beneficiaries, based on the impact study conducted, had gone on to create almost 100,000 jobs.

According to him, these interventions have been instrumental to the 6.7 per cent drop in the unemployment rate as recorded by the National Bureau of Statistics (NBS).

He said that these interventions made Lagos the state with the highest job creation record nationwide as at Quarter 3, 2018.

Sanwo-Olu said that the utmost desire was to stimulate similar outcomes in every state in Nigeria.

”It is this underlining rationale and in partnership with the Nigeria Governor’s Forum, that we have come together to share ideas, case studies and success stories to reverberate these same energies and impact on a national scale.

”Through this summit, the Lagos State Employment Trust Fund and invited experts in the field will identify challenges, showcase leading practices, share learnings and success stories that have helped in achieving job creation.

”I am optimistic that if other states actively respond to creating more employment and entrepreneurship opportunities, the influx of migrants to Lagos will reduce.

”The youth will engage in profitable and viable ventures to aid economic growth in their respective states and the nation at large. So, it is a win-win situation for all stakeholders,” the governor said.

Sanwo-Olu said that his administration was committed to provide entrepreneurs and productive population with the resources needed to work efficiently.

He said that the purpose of every progressive government was to provide a working order that promoted a positive effect on the economy and impact prosperity.

The governor said that with the reality of the growing population in Lagos, the need to provide the capacity to manage the citizens’ demands was paramount.

He said that the state government would continue to devise strategies to address the challenges through such establishment as the state’s Employment Trust Fund.

In her remarks, the Chairman, LSETF, Mrs Ifueko Omoigui-Okauru, said that the LSETF Employment Summit was necessary to showcase learnings in job creation, as well as global best practices to help in efforts to combat chronic unemployment situation in Nigeria.

Omoigui-Okauru said that since the inception of the Fund in 2016, LSETF has positioned itself as a pivotal force in reducing the rate of unemployment in Nigeria.

She said that it had enabled capacity building for unemployed youth, providing support and access to finance for budding entrepreneurs, thereby creating employment opportunities for Lagos residents.

The Acting Executive Secretary, LSETF, Mrs Teju Abisoye, called on public and private organisations to support the Employment Trust Fund in its deliberate quest to put young people to jobs