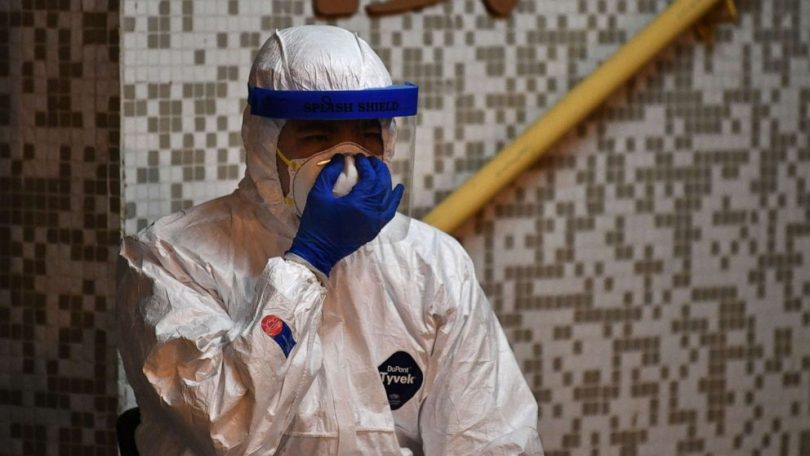 …As WHO equips Nigeria, 167 labs globally with diagnosis capacity***

While the Nigerian health sector is orchestrating a belief in a strong preparedness to contain the dreaded Coronavirus, update says toll by Tuesday surged beyond 1,000 deaths.

“The death toll from the novel coronavirus outbreak in China passed the 1,000 mark for the first time on Tuesday, according to figures released by the country’s health authorities”, indicated a dpa report, noting that more than 100 people died in China due to the virus on Monday, showing a sharp spike that exceeded the 97 deaths recorded the day before, with the death toll now up to 1,016.

China’s National Health Commission reported that 103 of the 108 new deaths occurred in the central province of Hubei, where the outbreak first began.

In the provincial capital Wuhan, the epicentre of the crisis, the mortality rate stands at over four percent, official statistics reported.

Within the same 24-hour period, 2,478 new infections were confirmed nationwide, bringing the total tally up to 37,626. In Hubei province alone the number of confirmed cases has reached over 30,000.

Meanwhile, the World Health Organisation (WHO) says it has identified 168 labs around the world with the right technology to diagnose coronavirus.

This is part of WHO’s efforts at equiping laboratories with the capacity to rapidly diagnose novel coronavirus (2019-nCoV) cases as part of its preparedness to tackle the outbreak globally.

Dr Tedros Ghebreyesus, WHO Director-General, disclosed this on Monday during his daily media briefing on 2019-nCoV update.

“Many of those countries have already started using them,” the WHO director-general said.

According to him, another shipment of 150,000 tests is being assembled in Berlin and destined for more than 80 labs in all regions.

Also read:  Nigeria ready to contain Coronavirus, if it breaks out – Minister

He noted that last week, the African Centre for Disease Control conducted a training in Senegal with 12 countries, using tests sent by WHO, adding that further training would take place in South Africa next week.

Ghebreyesus averred that WHO would continue working with all countries to prevent and detect rapidly new cases of coronavirus and to save lives.

He disclosed that outside China, there were 319 cases in 24 countries, with one death.

“The overall pattern has not changed. 99 per cent of reported cases are in China, and most cases are mild. About 2 per cent of cases are fatal which of course is still too many.

“A lot of people are asking, where is the outbreak going? Is it getting better, is it getting worse?

“We are doing several things to answer those questions,” he said.

He said that the meeting on research and innovation starting on Feb.11 would identify some of those questions and chart a path forward.

Furthermore, Ghebreyesus said that an advance team of WHO experts led by Dr Bruce Aylward, Assistant Director-General for Polio, Emergencies and Country Collaboration, had arrived in China to lay the groundwork for the larger international team.

“Bruce and his colleagues will be working with their Chinese counterparts to make sure we have the right expertise on the team to answer the right questions,” he said.

Ghebreyesus said that without vital diagnostic capacity, countries would be oblivious as to how far and wide the virus has spread, and who has coronavirus or another disease with similar symptoms.

“In recent days we have seen some concerning instances of onward transmission from people with no travel history to China, like the cases reported in France yesterday and the UK today.

“The detection of this small number of cases could be the spark that becomes a bigger fire.

“But for now, it is only a spark. Our objective remains containment. We call on all countries to use the window of opportunity we have to prevent a bigger fire,”he said.

Ghebreyesus expressed gratitude to all the people who had volunteered their expertise from all over the world to fight the 2019-nCoV outbreak.