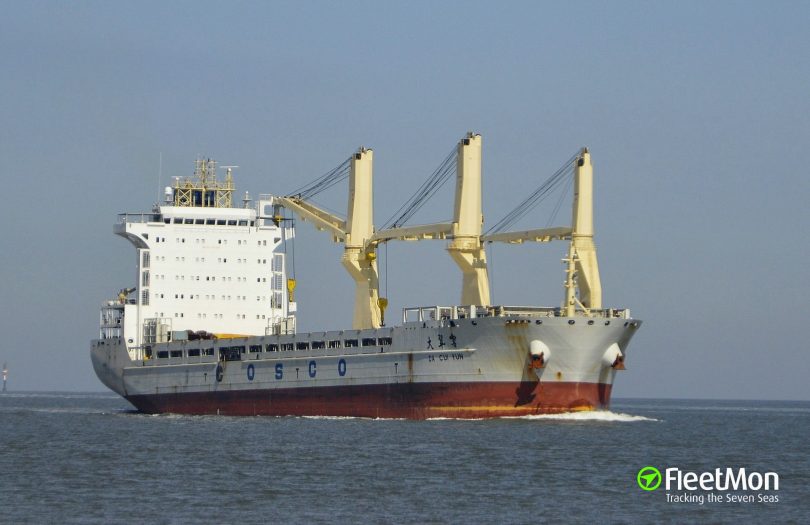 Her next port of call is Karachi, Pakistan. According to local reports, Customs and national security bodies are searching the ship since Feb 8, because there are suspicions the ship may carry arms, it was even said, that some missile-like machinery was spotted. As of morning Feb 11, nothing suspicious or illegal has been found, so far.

In the meantime, Athens-based Capesize shipowner Seanergy Maritime Holdings Corp. completed the scrubber retrofits on half of its owned fleet, wrapping up its IMO 2020 compliance plan.

The company has retrofitted five Capesize vessels and the costs of the scrubber program were borne by the vessels’ charterers under long-term time charters secured in 2018 and 2019.

The duration of the underlying time charters ranges between three and five years at rates based on the Baltic Capesize Index. As disclosed, in addition to the daily hire, there is a profit-sharing element based on the fuel spread.

The total investment by the charterers in Seanergy’s vessels exceeded USD 14 million.

Seanergy said that all scrubber systems installed are open-loop type, U-Type design, built by Hyundai Materials Corporation of S. Korea, with the capacity to comply with the stricter 0.1% sulphur fuel content limit applicable in the Environmentally Controlled Areas (ECA).

For its five vessels not fitted with scrubbers, the Capesize owner procured marine gas oil at competitive pricing during the second half of 2019. The amounts purchased are said to be sufficient to cover the needs of the bulkers for the majority of the first quarter of 2020.

“The completion of the scrubber installations and timely delivery of all ships under the respective period charters, as well as the proactive procurement of compliant fuel for our non-scrubber fitted ships, has ensured the successful transition of our company into the new regulatory environment,” Stamatis Tsantanis, the Company’s Chairman & Chief Executive Officer, said.

“Most importantly, we achieved our goals as regards to the technological and environmental quality of our fleet, while enhancing the market value of our vessels with limited outlays from Seanergy and in close cooperation with our strategic partners.”