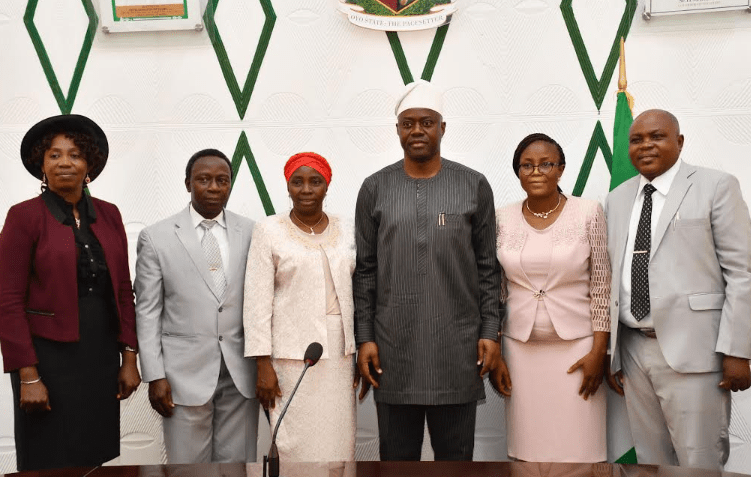 The inauguration took place at the executive chamber of the governor’s office, state secretariat, Agodi, Ibadan.

Makinde charged the permanent secretaries to see their appointment as an avenue to contribute their quota towards the development of the state, urging them to use their respective positions to offer more service to the government and the people of the state.

The governor said that their appointments were based on merits, saying they were eminently qualified to occupy the position.

He emphasised that civil service remained the engine room that would drive the state productivity.

Makinde maintained that the state had gone beyond the era where consultants were invited to carry out the functions of permanent secretaries “which usually leads to profligacy and wastage of resources.”

He said that his administration would not discriminate against anyone, irrespective of political affiliation.