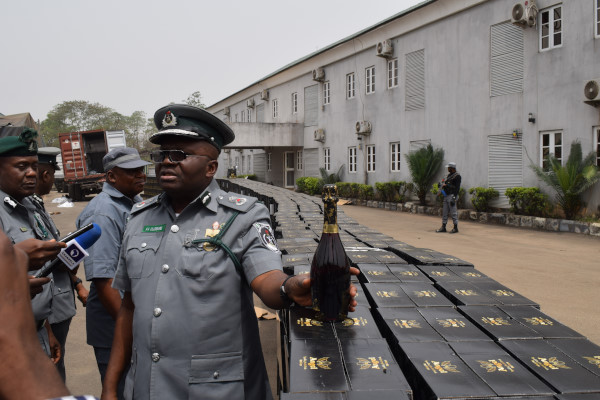 Olusemire Kayode who indicated how the FOU Operatives of the Nigeria Customs Service  first intercepted five trucks transporting the five 1×40 containers laden with 5040 cartons of wine and 143 jumbo bales of garments within the zone noted that the smugglers made false declaration on goods whose duty paid value was put at N142,300,000. 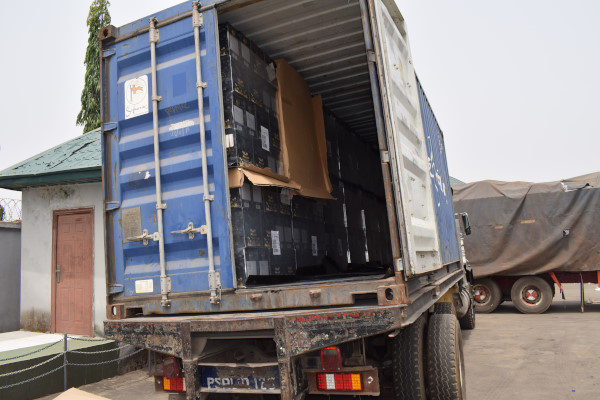 Speaking Wednesday at a press briefing in Owerri, the Customs Comptroller said with the tightening of the nation’s borders daring smugglers have changed their tactics by going through the ports to conceal offending articles of trade in containers.

Two of the containers he said was declared as agricultural spraying machines but had 143 jumbo bales of male and female underwear concealed within.

“We have two containers here laden with ladies and men’s underwear but declared as agricultural sprayer, whereas we have just twenty three pieces of the agricultural sprayer in the container.  The PAAR was issued and released as agricultural sprayer. Behind the first layer of agricultural sprayer machines are jumbo bales of pants and bra concealed to evade payment of duty. Agricultural equipment has 5% duty whereas garments attract 20% duty and 5% VAT.  With the tightening of our borders it is difficult to smuggle though the border, now they have changed tactics and as they change we are steps ahead of them. We always have credible intelligence from the headquarters. 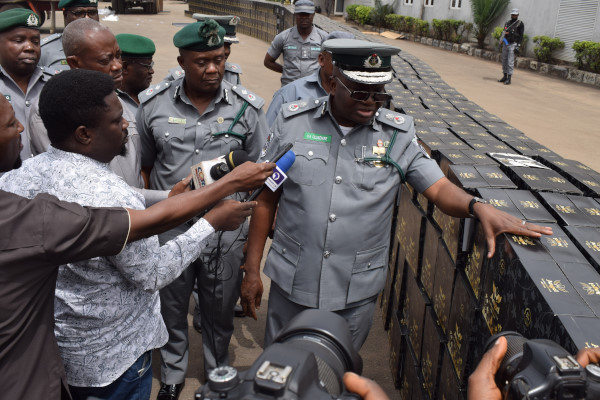 “There is nothing you do we do not know, no matter the time of the day we are always on duty,” he said further, adding that false declaration under Section 46 of Customs and Excise Management Act (CEMA) entails forfeiture to the government.

Showcasing three containers of wine falsely declared as salt, Comptroller Olusemire declared that our anti smuggling activities are structured to outwit whatever strategy smugglers come up with.

“Despite government efforts to improve the economy those we see as our albatross will not desist from going against government policies. We have three containers declared as industrial salt and when it was examined no single bag of salt was found in it. They are laden with red grape non alcoholic champagne which is prohibited because it is non alcoholic and can be produced in this country. You can see the sea of cartons brought into the country under the guise of salt and it is not salt. It is non alcoholic drink falsely declared to evade payment of duty and this is contraband. It was not even concealed at all,” he noted. 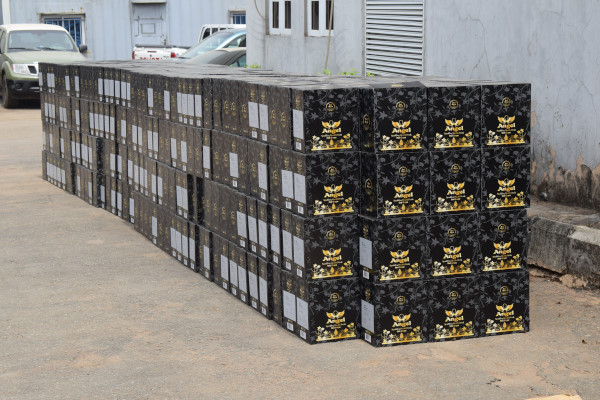 “Before government makes any policy it is deliberated on by think tanks that ensure the policy is of immense benefit to the nation. There is a recent policy being put in place regarding milk importation into the country; such policies and prohibitions are deliberated on by experts to see that the things brought into the country will not ruin the economy, will not make our factories go moribund and in turn give rise to unemployment. It ensures that we will have economic security.”

He urged Nigerians not to be hostile to officers in discharge of their official duties but support the fight against smuggling. 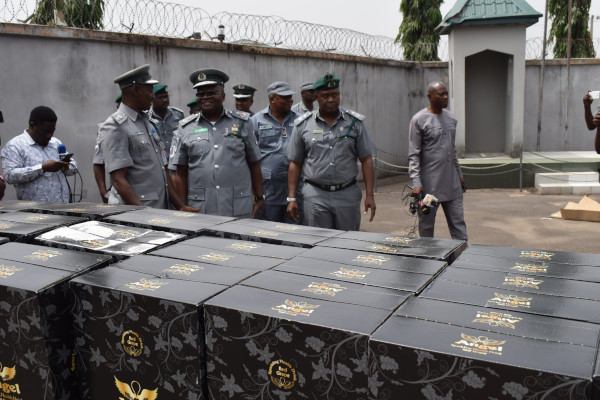 “We want people to know that under section 11 of the Customs and Excise Management Act if you interfere, hinder or obstruct officers from doing their job you are liable. We were attacked while making the seizures and under section 159 and 165 of the CEMA if you attack an officer with harmful object you could be sentenced to death. We are employed to do our legitimate duty and we are working for the society to see how we can protect and improve our economy,” he explained. 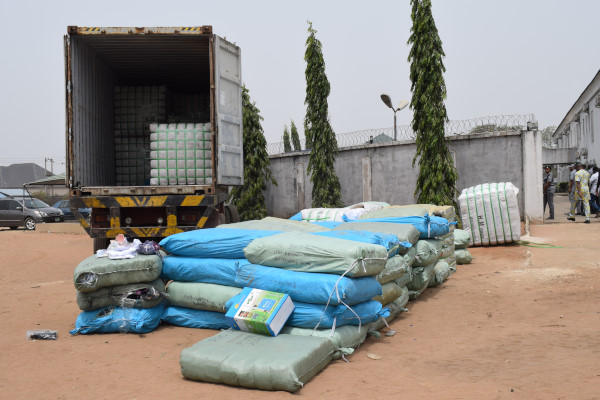 While fielding questions from newsmen Comptroller Olusemire said that the border drill exercise has seen to decline in rice smuggling affirming that the Unit was ready to bring smuggling in the Zone to barest minimum. He said arrests were made in connection with the intercepted goods and investigations on going to bring the importers and agents to justice.