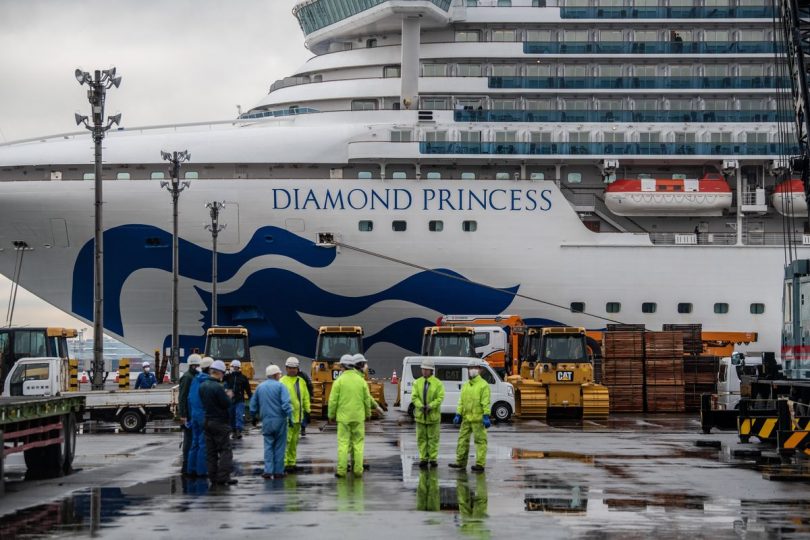 Australia is set to evacuate more than 200 of its citizens onboard a coronavirus-stricken cruise ship, the Diamond Princess being held under quarantine in the Japanese port of Yokohama, just as a vessel without a single soul on board ran aground near Ballycotton, Cork in Ireland, on Sunday, February 16.

Prime Minister Scott Morrison said on Monday that the passengers will depart on Wednesday and will be taken to Australia`s tropical north, where they will be required to be quarantined for another 14 days.

The cruise ship, owned by Carnival Corp, has been quarantined since arriving in Yokohama on Feb. 3, after a man who disembarked in Hong Kong before it traveled to Japan was diagnosed with the virus.

More than 350 passengers onboard the Diamond Princess have tested positive for coronavirus, including 24 Australians.

“For those more than 200 Australians who will be returning to Australia, we are going to have to require a further 14-day quarantine period to be put in place on their return to Darwin,” Morrison told reporters in Melbourne.

According to the World Maritime News, Morrison also said space on the Qantas Airways plane will be provided for an unspecified number of New Zealand citizens on the cruise ship.Those passengers will be transferred to New Zealand when they arrive in Darwin, Morrison said.

In the meantime, a vessel without a single soul on board ran aground near Ballycotton, Cork in Ireland, the Irish Coast Guard informed on Sunday, February 16.

The ship has been identified as MV Alta and has been drifting for over a year at sea.

The vessel’s 10 crew members were rescued by the US Coast Guard back in September 2018.

The Tanzanian-flagged ship became disabled while underway from Greece to Haiti in September 2018, and its crew members were unable to make repairs. The crew was reportedly stuck on the ship in the middle of the Atlantic for almost 20 days.

After several failed attempts to repair the ship, the crew sent out a distress call and was picked up by the U.S. Coast Guard cutter Confidence approximately 1,380 miles southeast of Bermuda.

Cork County Council said that its environmental scientists have visited the grounding site and established that there is no visible pollution within the Ballycotton Bay Special Protection Area or nearby proposed Natural Heritage Areas.

The hull of the vessel reportedly remains intact.

“The council understands that the vessel was most likely diesel fuelled which poses less risk of pollution than heavy fuel oil.”

Following an appropriate risk assessment, the contractor is planned to board the vessel at the next suitable opportunity which is expected to be at low tide tomorrow morning, February 18th.

The council said that any risk in relation to oil, other hazardous substances and pollution from the vessel will be evaluated.