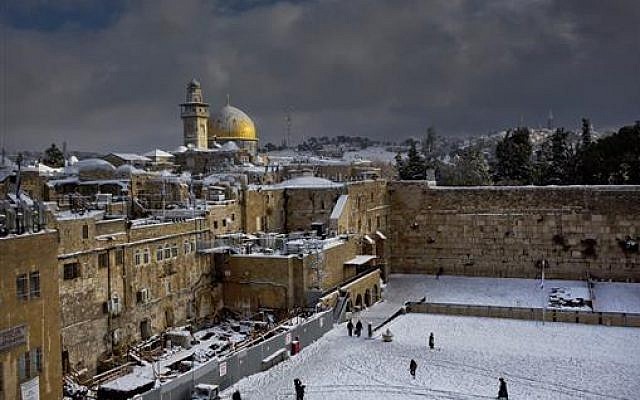 Israel, on Tuesday, said arrangement had been concluded to build a train station near the Western Wall in the disputed Old City of Jerusalem, a Transportation Ministry spokeswoman confirmed.

The Transportation Minister, Bezalel Smotrich, said a nationwide planning and construction committee had earlier approved the proposed plan in a settlement near Nablus on the Northern/Western Bank.

Smotrich noted that the train station and railway would be an extension of the high-speed line between Tel Aviv and Jerusalem.

“The committee’s decision is a historic one.

“This is a big and emotional day.

“I feel elated and privileged as the Head of the Transport Ministry to advance Jewish Zionist ideology.

“This is a moving moment for the State of Israel and for the coming generations.

“The Temple Mount and the remnants of our Jewish Biblical Temple, the Western Wall, these are our rights to exist here,’’ Smotrich said.

The Temple Mount, holy to Muslims/Jews as it houses al-Aqsa Mosque as well as the remnants of the Jewish Biblical Temple destroyed in 70 AD, is highly sensitive and has been the site of clashes.

Muslims calls it the Noble Sanctuary and revere it as the location where the Prophet Mohammed (SAW), ascended to heaven.

The Western Wall is the only standing remnant of the platform built by first-century BCE Roman Jewish client King Herod the Great.

Christian, Jewish and Muslim factions for generations have upheld an understanding to respect the “status quo” in the disputed Old City.