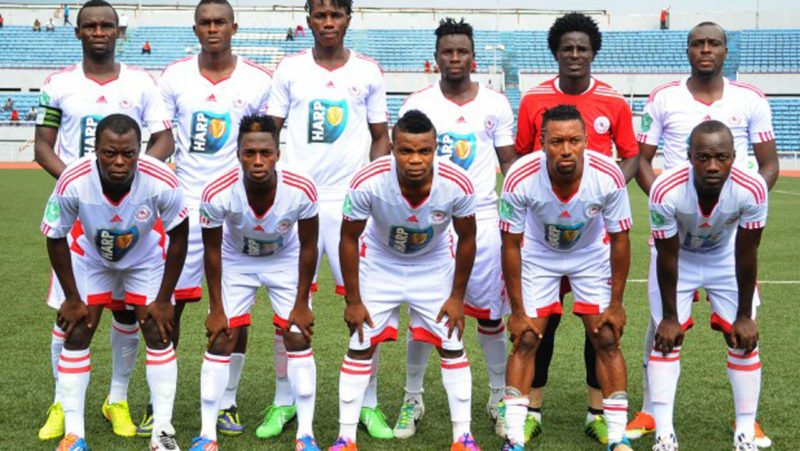 The newsmen report that Rangers will battle Kano Pillars FC in the NPFL rescheduled Match Day 11.

Some of the players who spoke with the newsmen in Enugu on Tuesday said they were ever ready to send Kano Pillars home empty handed.

Rangers’ newly recruited Defender, Ifeanyi Nweke, said he was halted by the last match’s score line and that he would do all in his capacity to ensure that Kano Pillars fall.

“Considering our position in the league, every match is now a final for us and that is how we are going to handle the Wednesday’s match.

“We need this match more than our visitors because of our position on the log of the NPFL.

“The match against Akwa United was a match we expected to win and pocketed the three points but it had come and gone.

“All the players have moved on from the loss so that we can face tomorrow,” the defender said.

He called on the League Management Company to ensure that the league was not disrupted with unfair officiating.

“In our last match, the officiating was something else and it was not fair to the league.

“The ongoing league season is the best compared to the previous seasons and it will not be fair for some people to murder LMC’s efforts,” Nweke said.

He assured the team’s fans and club supporters of good display with victory, urging them to hold on to their support.

Another player, Ibrahim Olawoyin, said that all their attention was on Kano Pillars and expected to be victorious.

“This is a rescheduled match that we need to pick the three points and we are ready to do that.

“We the players are not under any pressure because we already know the fixture from the beginning of the league.

“Kano Pillars are beatable and the coaches has done their job by putting us through the tactics that can give us a win,” he said.

Speaking on their last match against Akwa United, Olawoyin said that the match had come and gone; even though the referee refused to regulate rough play.

He called on the league officiating officers to protect players from bullying by other players on the field of play.