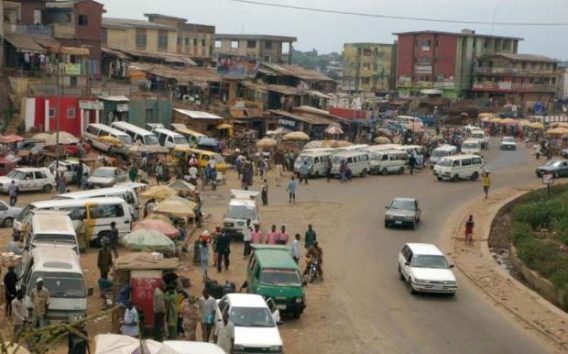 The Oyo State Government has warned that it would prosecute any individual or group of persons found culpable of running parallel and illegal motor parks in the state.

Fagbemi said that government would not hesitate to impound any vehicle found within premises of such illegal parks.

“OYRTMA, hereby, strongly warn individuals or groups planning to run parallel and illegal parks in the state to desist.

“Anyone found culpable will be prosecuted and made to face the full wrath of the law.

“Our attention has been drawn to comments made by certain individuals threatening to run some self-created and illegal parks parallel to the ones approved by government and into which park managers have been duly appointed.

“Section 2, Subsection 5a of the Oyo State Road Traffic Management Act 2009, states OYRTMA is the state government agency statutorily backed by law to oversee, coordinate and manage all government’s approved parks within the state,” he said.

He advised anyone nursing the ambition of utilising illegal parks or creating parks unapproved by the state government to reconsider his plan.

“We are set to go all out in conjunction with all other security agencies to arrest and prosecute offenders, while all vehicles, tricycles and motorcycles found at such illegal park would be impounded,” he said.

He, however, implored all commercial vehicle operators across the state to cooperate fully with the new park managers to ensure free flow of human and vehicular movement in the state.

Fagbemi further enjoined the people of the state to go about their legitimate businesses, promising that there was no cause for alarm.

In the meantime, the Oyo State Government said on Monday that four contracts would be terminated for failing to meet up with the performance specifications and schedule.

Prof. Raphael Afonja, the State Commissioner for Public Works and Transports, made this known in Ibadan.

Gov. Seyi Makinde recently said that the administration was compiling the list of non-performing contractors in the state.

He lamented the agony being experienced by people living in the affected areas where road construction works were ongoing.

Speaking with newsmen on the ongoing road projects in the state, Afonja said “we have got complaints across the state about the pace and quality of work done by these contractors.”

“Gov. Makinde also inspected the pace of work during the day and even in the night.

” I can tell you now that termination notice will soon be given to four non-performing contractors.

“Complaints have come from across the state and when we came on board, we had to do a contract review and we realised that the quality of work done by some of these contractors was poor.

“We also realised that most of the agreements have also lapsed and none of them had performance bond in their files.

” The performance bond is a way to tell a contractor that if you don’t do a good job, you will be penalised.

“So we gave them time, which is the past five months which was to see if they could impress the government, we gave them our standard and our requirements.

” Some of them have not lived up to that while some have; so with the approval of the governor, the next step is to issue termination notice to some of them,” the commissioner added.

According to Afonja, among the contracts inherited by the present administration and still ongoing are the dualisation of Idi-Ape-Basorun-Akobo-Odogbo Barracks road in Ibadan and dualisation of Saki township road.