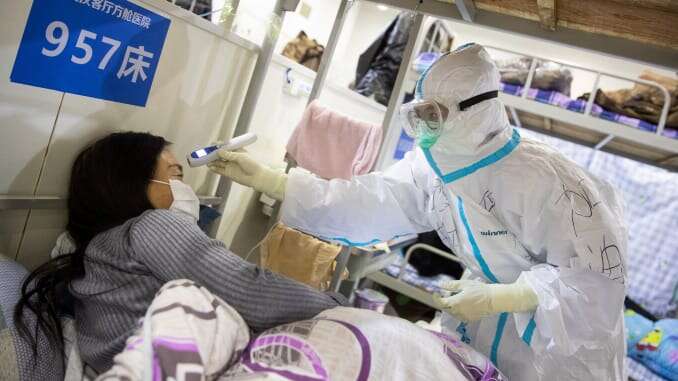 The World Health Organisation (WHO) on Tuesday confirmed 92 cases of human-to-human spread of the coronavirus in 12 countries outside China. China however reports 72,528 cases to WHO including 1,850 deaths as of Tuesday morning.

But the world health body said it does not have the data to make comparisons with China.

WHO Chief Tedros Ghebreyesus said in Geneva that the WHO has not seen sustained local transmission except in specific cases, such as on the Diamond Princess cruise ship quarantined in Japan.

Ghebreyesus said Chinese data “appears to show a decline in new cases” but any apparent trend “must be interpreted very cautiously”.

Outside China, there have been 827 cases of the disease, known as COVID-19, and five deaths.

More than half of those cases have been on a cruise ship quarantined off Japan.

Also read:  WHO: Halting spread of Coronavirus our highest priority

China says figures showing a slowdown in new cases in recent days show that aggressive steps it has taken to curb travel and commerce are slowing the spread of the disease beyond central Hubei province and its capital, Wuhan.

But Tom Wingfield, a senior lecturer and physician at the Liverpool School of Tropical Medicine, said: “It is too early to be certain whether this represents a sustained reduction in COVID-19 transmission and that the epidemic has peaked.”

The numbers appeared encouraging, said Mark Woolhouse, a professor of infectious disease epidemiology at Britain’s University of Edinburgh, who described himself as cautious.

“Though it is unrealistic to reduce the transmission rate to zero it may have been reduced to a level where the epidemic is brought under control,” Woolhouse said.