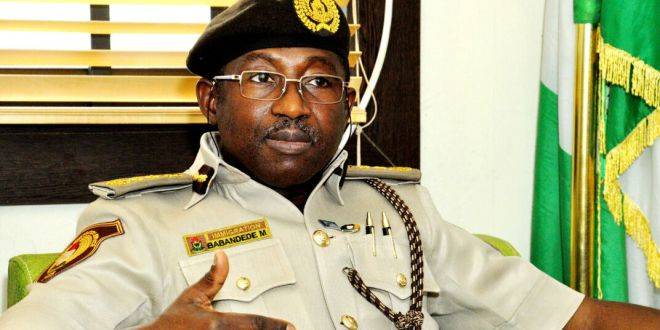 Babandede said this at a media chat on NIS infrastructural projects validation and execution nationwide on Tuesday in Abuja.

The Nigerian borders were closed by Federal Government in August 2019 to tackle smuggling and other crimes.

The CGI said only President Muhammadu Buhari could determine when the borders would be re-opened or otherwise as the service had no power to do so.

According to him, the borders were not fully closed, as they are usually opened from 6 a.m., to 6 p.m.

“The borders are partially closed and this is in line with the ECOWAS rules where you must have valid travel documents.

“So entering, “You must enter through legal routes and with valid documents and not illegally,” he said.

Babandede debunked insinuations that the operation was targeted at some neighbouring countries, adding that the initiative was designed to secure the country.

He emphasised that the visa on arrival policy was not at variance with the border drills, saying that the increase in the number of visas from 6 to 79 was to enable appropriate endorsement based on request.

He said that it was also to cover wide range of professions, skills, and areas of expertise and a platform for reciprocating in line with diplomatic practices globally.

“The visa is not free, payment is done online. Biometric capture is carried out at the point of issuance and due diligence is observed in a manner that will not compromise national security and in line with International best practices,” he said.

The meeting was attended by senior officers of the service, including zonal and state comptrollers and representative of ICPC.