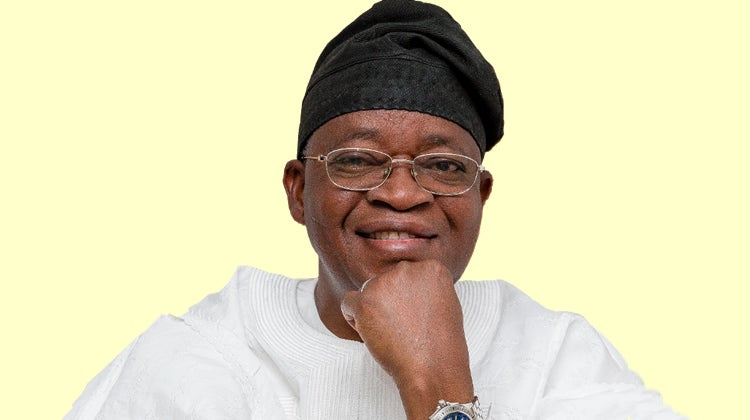 The Yoruba Youths Assembly (YYA) has urged Gov. Gboyega Oyetola of Osun State and the Ooni of Ife, Oba Enitan Ogunwusi, to intervene in the crisis between the Oluwo of Iwo, Oba Abdulrasheed Akanbi and the Agbowu of Ogbaagbaa, Oba Dhikrulahi Akinropo.

The call was contained in a statement issued in Abeokuta on Wednesday Thomas Olarinde and Nathaniel Oduyemi, the President and the Public Relations Officer of the group respectively.

The fight had broken out between the two traditional rulers during a peace meeting organised by the Assistant Inspector-General of Police in charge of Zone 11, Bashir Makama on Feb. 14 over a lingering land dispute.

The group condemned the attitude of the traditional rulers, adding that such an act was capable of desecrating the traditional institution, which had been kept sacred for so long by the Yoruba forbears.

The group appealed to the governor and the Ooni to wade into the matter in order to prevent future occurrence.

“We, as cultured youths under the umbrella of Yoruba Youths Assembly, call on the Oni of Ife and the governor to quickly wade into the matter to prevent possible repeat of such an ugly incident.

“It is very wrong for any oba to engage another fellow oba or anybody for that matter in public fight because they are the symbol of peace and eyes of the gods,” the statement said.

The YYA called on the concerned authority to set up a panel exclusively made up of reputable personalities to look into the matter and do the needful.

The group urged politicians not to see the issue as an avenue to create problem or crisis within the traditional institution.

“To our traditional rulers, you must remember that both God and man have kept you in that position of leadership to play fatherly roles. People are watching and they won’t be happy if you fail them, for whatever reason.

“Our traditional rulers have no other option than to unite and cooperate with government in making their respective states and the country peaceful, flourish and prosper,” the statement said.

In the meantime, a cross section of Yoruba people have called for the immediate dethroning of the Oluwo.